Now that we have seen the arithmetical reasoning section, it is time to check our knowledge. The following section has all the Arithmetical Reasoning Practice Question types for you. Let us begin. 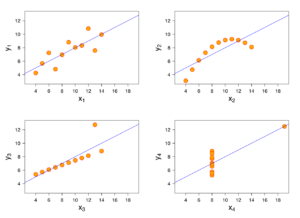 Q 1: The following questions are based on the given data for an examination.

Q 1: How many candidates failed in all the subjects?

Q 2: How many candidates passed at least in four subjects?

Q 3: How many candidates failed because of having failed in four or fewer subjects?

Q 3: What is the smallest number of ducks that could swim in this formation — two ducks in front of a duck, two ducks behind a duck and a duck between two ducks?

Q 4: A group of 1200 persons consisting of captains and soldiers is travelling in a train. For every 15 soldiers, there is one captain. The number of captains in the group is     (Hotel Management, 1992)

Q 5: Aruna cut a cake into two halves and cuts one half into smaller pieces of equal size. Each of the small pieces is twenty grams in weight. If she has seven pieces of the cake in all with her, how heavy was the original cake? (L.I.C. 1994)

Q 7: At the end of a business conference the ten people present all shake hands with each other once. How many handshakes will there be altogether? (M.B.A- 1997)

Q 9: The number of boys in a class is three times the number of girls. Which one of the following numbers cannot represent the total number of children in the class? (S.C.RA. 1993)

Q 10: A placed three sheets with two carbons to get two extra copies of the original. Then he decided to get more carbon copies and folded the paper in such a way that the upper half of the sheets were on top of the lower half. Then he typed. How many carbon copies did he get?

The answer to the question on apples and oranges is wrong. Apart from this there are a lot of mistakes in the whole syllabus. Please correct them