Venn Diagrams are a schematic way of representing the elements of a set or a group. In your exam, you shall definitely encounter such problems. In each Venn Diagram, we represent sets or groups of objects with the help of circles or ellipses. The questions asked in the bank exams will either have the Venn Diagrams are given or you will have to guess the type of Venn diagram that will suit the particular relation. 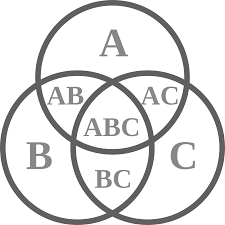 The region ABC is known as the intersection of the sets. The people in this region belong to all the groups i.e. they like candy, ice cream as well as chocolate. Now that we know what Venn diagrams are, let’s solve some examples.

In these type of problems, Venn Diagram will be given and you will be asked to answer questions based on the given Venn Diagram. Take care of the boundaries and do write down the data that is given. For example, consider the following diagram again:

Q 2: How many people like only one of the three?

Problems of The Second Kind

In these types of questions, the Venn Diagrams are given in the options. The question will contain analogous words, and you will be asked to represent these in the form of a Venn Diagram. Let us consider the following examples:

Q 1: Out of the following Venn Diagrams which one represents the relationship between the following: animals, horses, dogs? 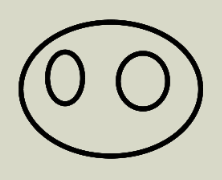 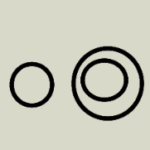 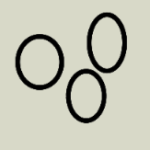 How many people like tea and wine? If you check the region of overlap between the triangle and the rectangle, you will find that in the region shared by the two figures, we have 17 + 15 people = 32 people. So 32 people are such that who like both tea and wine. Similarly, you can ask how many people like tea only? As you can see the answer is 20+10 = 30.

Solving Venn Diagram questions is easy if you take the help of visual aids. You can shade or mark different areas that represent different groups or sets. However, the point to be noted here is that the relationship or the absence of any relationship between the given quantities should be marked very carefully.

Q 2: Out of the following Venn Diagrams which one represents the relationship between the following: earth, moon, planets?