It is indeed rare for the world to witness a leader that is intelligent, wise, selfless and loved by all. Avul Pakir Jainulabdeen Abdul Kalam was one such leader. Furthermore, he was a man who has a very strong appeal among the masses. Moreover, his political stature is way above the discriminatory lines of caste and religion. 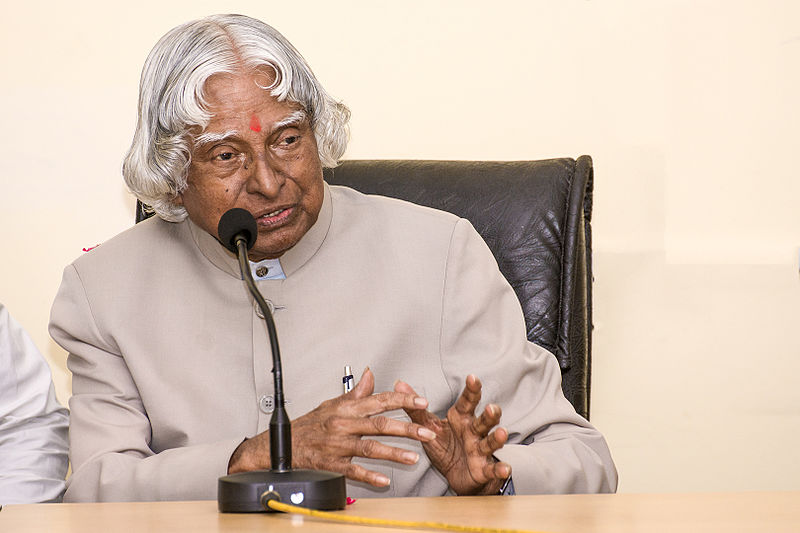 APJ Abdul kalam came into this world on 15th October 1931, at a time when India was under British occupation. He was born to a Tamil Muslim family in Tamil Nadu. His father was a boat owner while his mother was a housewife. Furthermore, Kalam had five siblings and was the youngest of the lot.

In school, Kalam was an average student but was still hardworking and bright. I think this certainly is a great motivation for all the average students out there. Being average, you must never ever underestimate yourself and continue doing the hard work.

Both projects were successful. Bringing enhancement in the reputation of Kalam. Furthermore, the development of ballistic missiles was possible because of the efforts of this man. Most noteworthy, Kalam earned the esteemed title of “The missile Man of India”.

The Government of India became aware of the brilliance of this man and made him the Chief Executive of the Integrated Guided Missiles Development Program (IGMDP). Furthermore, this program was responsible for the research and development of Missiles. The achievements of this distinguished man didn’t stop there.

The honor of being the 11th president of India went to APJ Abdul Kalam. This marked another tremendous feat in his already venerable career. This highly acclaimed personality became president after winning the 2002 presidential election by a massive margin.

Saying that Indian people love APJ Abdul Kalam would be a massive understatement. The Indian people have a huge affection for this man. Consequently, he was known as the People’s President. The man had to face only a few critics his entire life.

The entire nation reacted to his death with grief. Kalam was a great asset to India. His unparalleled contributions in the field of science took India to new heights. Kalam’s presidency was characterized by peace and efficiency.

Leaders keep on coming and going. Every once in awhile, we come across someone as pre-eminent as Kalam. His name will certainly go down in history as one of the greatest presidents that India has ever seen. Moreover, people will also remember him as a brilliant scientist. The man was a precious gem for each and every Indian.