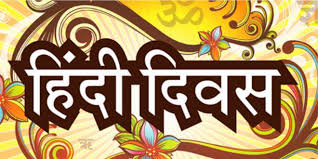 The Hindi Language got a high status in India on September 14, 1949, when it was accepted as the official language of India. September 14 is also the day that we celebrate as the official Hindi Diwas in India. Today, Hindi is having the tag of “Rashtra Bhasha” of the nation.

History of the Hindi Language

The literary history of the Hindi language dates back to the 12th century. Meanwhile, the modern incarnation of the Hindi language that is mostly in use in the current time, dates back to about 300 years ago. We celebrate the Hindi Diwas with great enthusiasm in the educational institutes, schools, colleges, and also in the government offices. In today’s highly commercial environment where people are not ready to remember their roots, Hindi Diwas plays an important role.

Overall we know that the Hindi language is one of the oldest languages. Further, it is a successor of the Sanskrit language. The Hindi language comes from the branch of the modern Indo-Aryan languages. However, Hindi has seen many changes in it in the past and finally, it is evolving in its current form. In fact, the Hindi language was elected as the official language of India, along with the English language. As it was the one and only language in the country which has the capability to unify the entire country.

Share with friends
Previous
How to Calculate the Mass of Proton?
Next
3 Minute Speech about Nature for Students