In view of the coronavirus pandemic, we are making LIVE CLASSES and VIDEO CLASSES completely FREE to prevent interruption in studies
Physics > Atomic and Molecular Structure > How to Calculate the Mass of Proton?

Proton is one of the subatomic particles that exist in all living things.  In addition, it is one of the building blocks of all the atoms that are present in the universe. In this topic, we will discuss the various things related to protons especially the mass of a proton.

What Is An Atom?

Atom is an atomic particle that makes up the entire universe. Furthermore, an atom is the smallest particle of an element.

Most noteworthy, Atom is made up of three particles namely neutron, proton, and electron. All these elements have different properties, size, and mass. Let us discuss these elements in brief. 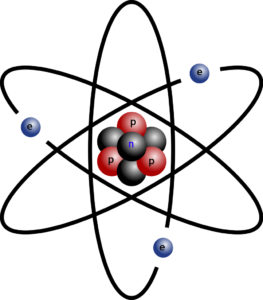 Neutron is the central subatomic particle of an atom. Moreover, we can find it in the nucleus of an atom. Also, the neutron does not contain any charge is neither positive nor negative.

What is an Electron?

Electron is a subatomic particle that revolves around the nucleus of an atom.  In addition, it contains a negative charge.  Most noteworthy, they exist in a free state in nature.

Learn more about Atoms and Molecules here in detail.

Ways to Calculate the Mass of Proton

There are three ways to find the mass of a proton.  Besides, all these methods use different approaches to find the atomic mass of an object. These three methods are:

Most noteworthy, calculation by theory is only realistic for experts of the field.

In this method, we derive the mass of proton from the quantum and relativity theory. Protons have internal structure- three forces (quarks) that held together with attraction forces (gluons).

In reality, most of the mass of a proton is derived from interaction energy between the quarks. If you have a problem understanding this phrase them recall E =mc2.

Note: in the atom, there is an electron to balance the proton charge. Also, we can do this experiment with any element of the periodic table.

This method measures the atom’s bend when entering in standardized magnetic or electric fields. In addition, the bending magnitude indicates proton mass by comparing it with electron mass.

Most noteworthy, the idea of an experiment is similar to inducing the motion of a rolling ball. Furthermore, a constant force (mechanical force) will always deflect a heavy proton from a straight-line movement to a small extent.

On the contrary, a small electron ball will be deflected even more.

Question. What is the atomic mass of a proton?

Answer. The correct answer is option C. Because, options B and D are the atomic masses of neutron and electron respectively and option A is the atomic mass of a unit of an atom.

Share with friends
Previous
What is Cubic Centimeter? | Definition & Conversion
Next
Hindi Diwas Speech for Teachers and Students