When we speak about air pollution, there are a few specific places that come to our mind instantly like Delhi, or perhaps Beijing. These places are known to have a bad air quality index, causing severe disturbance to the population of the respective places. Every year, we see the battle with air pollution worsen and its side effects getting even worse. Let us take a look to what air pollution exactly is.

What is Air Pollution?

An undesirable change in the physical, chemical and biological characteristics of air that can cause harmful effects on humans and other living organisms is called air pollution. Some of the air pollutants include particulate pollutants such as dust particles, aerosols, soot, smoke etc. and gaseous pollutants such as carbon monoxide, nitrogen dioxide, sulfur dioxide etc.

Some of the main causes of air pollution include the following: 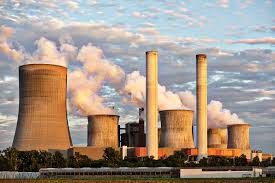 Air Quality Index (AQI) is a quantitative measurement of air pollution. Governments and other environmental agencies use this index to track and keep check of the air quality of a region. It also helps us forecast how polluted the air is poised to become. The calculation takes into consideration five air pollutants, namely ground-level ozone, particulate pollution, carbon monoxide, sulphur dioxide and nitrogen dioxide.

Air pollution has some serious side effects. It causes damage to the environment and also the health of the human population. Gases like carbon monoxide can cause headaches, asphyxia, giddiness, cardiovascular malfunction etc. Some gases in the air can trigger asthmatic attacks. Some other gases cause severe respiratory tract diseases like bronchitis and allergic reactions.

The fine particulate matter that is released by industries can cause breathing problems, damage to the lungs etc. Not only human beings are affected, even plants can be adversely affected by air pollution that results in their decreased growth and yield. 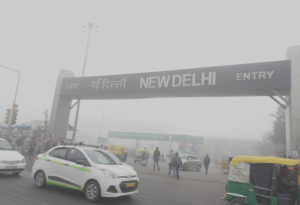 Industries release smoke and other harmful gases into the atmosphere. This causes the air quality index in the surrounding areas to be very poor. A bad air quality index indicates that air is not fit for breathing and can cause many unwanted problems. Therefore, the problem of air pollution has to be tackled at the root level. 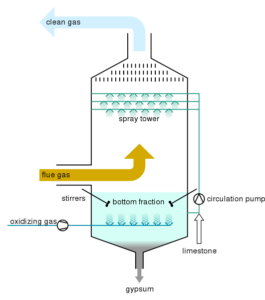 A scrubber is an apparatus that removes gases like Sulphur dioxide.  In a scrubber, the exhaust goes through a spray of water or lime. This water dissolves the gases and with the reactions of lime and sulfur dioxide, precipitates are formed. Clean air then comes out, as it is now devoid of the harmful gases.

Usage of unleaded petrol in automobiles is also recommended. To reduce the emissions of poisonous gases like carbon monoxide and nitrogen dioxide, automobiles are also fitted with catalytic converters.

Q: What are aerosols? Describe in brief.

Ans: Aerosols are small particles that are suspended in the air. They are a cause for polluting the air. Aerosols can be suspended particles of solid or liquid substances. As they block the stomata in plants, they prevent the gaseous exchange in plants. Even though they are tiny particles they have a big impact and can cause climate change and also impact the visibility of the atmosphere.