What are the types of pollution? Water pollution is one of the major issues India is facing at present. Untreated sewage is one of the prominent causes of this form of pollution in India. CPCB (Central Pollution Control Board) estimates 62 billion litres of urban sewage flows into rivers per day. Almost 80 percent of Indian water bodies fall among the polluted category. Imagine what will happen in the next twenty years if proper action is not taken by each and every citizen living in the country. So, it is very important to know more about the causes of water pollution.

Water Pollution and Its Types 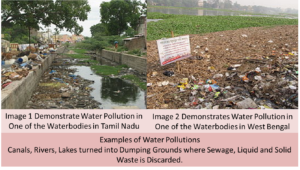 Water pollution reaches the surface or grounds via different paths. The places of pollution or source that can be easily identified easily called point source. In the case of the point source such as industrial and municipal discharge pipes, the pollutant enters via these mediums in the water source.

The identification of certain pollution sources is difficult such as agricultural run-offs, stormwater drainage, acid rain, etc. These sources of pollution are non-point sources. It is difficult to recognize them because it is possible to have many agricultural runoffs like farms, animals or crop lands from where water can enter into the water source. Below is a list of major water pollutants and the different sources from it originates to finally enter the water bodies. 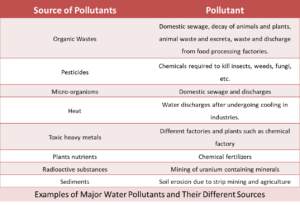 Contamination of Water by Pathogens

Disease-causing agents or pathogens is one of the major water pollutants responsible for contamination of water and causes of water pollution. Domestic sewage and animal excreta contain different types of pathogens such as bacteria and other microorganisms. For instance, human excreta contain bacteria like Streptococcus faecalis and E. coli responsible for gastrointestinal diseases.

Water Pollution Due to Organic Wastes

Another very important pollutant is organic matter like leaves, trash, grass, dried leaves, etc. The runoff of the organic matter leads to the pollution of water. Excessive growth of phytoplankton in water can also be among the causes of water pollution. However, these wastes are biodegradable (waste that can decompose).

The inhibition of life can take place if the DO concentration is lower than 6 ppm.  Photosynthesis of aquatic plants releases oxygen or the atmospheric oxygen reaching the water is the source of oxygen in any water body. Thus, during the night there is a decrease in the concentration of oxygen in the water because photosynthesis is not possible and the aquatic plants constantly consume oxygen for the respiration process.

However, if organic matter enters the water bodies, the microorganisms present in the organic matter utilize the oxygen available in water. Therefore, this will, in turn, cause the oxygen-dependent aquatic life to slowly diminish and die due to lack of oxygen in the water. Hence, anaerobic bacteria (bacteria that do not require oxygen for their survival) will gradually start decomposing the organic waste and produce foul-smelling chemicals harmful to human health.

All of us have read that water is an excellent solvent. Therefore it can dissolve even harmful heavy metals like mercury, cadmium, nickel, etc. These types of heavy metals fall into the category of important types of pollutants because they are very harmful to human body.

Moreover, human beings are not capable of excreting these heavy metals. It will not show its effect is present in small quantity. However, over the time the concentration of the metals will rise in the human body due to gradual decomposition and can possibly cross the tolerance limit.

Heavy metals if cross the tolerance limit can cause damage in different parts of human body including kidney, liver, central nervous systems, etc. Moreover, another type of chemical pollutants includes acids and salts. An acid such as sulphuric acid can be found in mine drainage and salts can be found in many sources such as sodium and calcium chloride to melt snow and ice in colder regions.

Another set of chemical pollutants responsible for water pollution are organic chemicals. For instance, oil spills (petroleum products) pollute the oceans. Similarly, pesticides are a class of organic substance that can one of the causes of water pollution when they drift down as run-off from lands or in the form of sprays.

Additionally, industrial chemicals such as PCBs or polychlorinated biphenyls are a class of very harmful class water pollutant. Recent studies indicate they are carcinogenic (cancer-causing). PCB is present in many regular household and industrial chemicals like cleansing solvent, detergents, and fertilizers. However, nowadays biodegradable detergents are used.

The lack of oxygen can be responsible for destroying the aquatic life of any waterbody. Chemical pollutants like fertilizer contain phosphates in the form of additives. Therefore, phosphate addition in water can lead to rapid growth of algae. Hence, gradually the algae growth can cover entire water surface which can lead to the reduction in oxygen concentration.

Therefore, lack of oxygen can cause death and decay of aquatic animals thereby creating anaerobic conditions in the waterbody.  Hence, the water body will become bloom-infested and can inhibit the growth of other living organisms. This entire process is eutrophication.

Therefore, eutrophication refers to a process where water bodies support dense plant population due to nutrient enrichment, which can also cause animal death by depriving the animal life of oxygen thereby resulting in gradual loss of biodiversity. 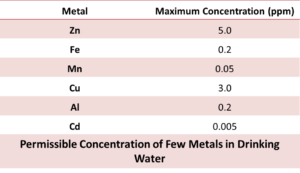