A social menace, drugs, and alcohol are permeating very deep into the lives of innocent youth, who fall prey to this. The harmful effects of drugs and alcohol are far and many. They not only spoil the health of the individual but also slowly make people addicted to them, who turn out to be anti-social with behavioural issues.

Table of content
1 Suggested Videos
2 What Are Drugs And What is Drug Abuse?
2.1 Browse more Topics under Human Health And Diseases
3 Smoking and Alcohol
4 Effects Of Alcohol And Drug Abuse
5 Prevention and Control
6 Solved Questions For You

What Are Drugs And What is Drug Abuse?

A majority of the drugs are obtained from plants, which are again nothing but chemicals. Some of these are opioids, coca alkaloids, cannabinoids, etc. which are got from plants. Some other medical formulations such as barbiturates, amphetamines, benzodiazepines, etc. are also misused.

The drugs have an effect on the central nervous system of the body. These chemicals react with the body and put the whole body at risk. Drugs change the way the body feels. The chemicals in the drugs send the wrong signals and messages to different parts of the body, thereby resulting in hallucinations and/or seeing and hearing things that are real.

Sometimes certain actions are also committed by individuals under the influence of drugs, which they normally do not do. The ill effects that drugs have on the body include a faster heartbeat, slow body movements, dry throat, and fast or slow breathing, etc. They also affect the different sensations of smell, sight, hearing, feeling etc.

When drugs are taken in such a manner that they impair the regular bodily functions, in terms of physical, physiological and psychological terms, it is called drug abuse. There is no safe limit for taking any drug. The tolerance levels increase every time an individual takes drugs and this becomes a vicious cycle and the individual gets addicted to drugs. Even smoking tobacco products and drinking alcohol are linked to many diseases. Tobacco has nicotine that has a property to raise the blood pressure and heartbeat. Smoking also causes immense harm to the lungs that get filled with nicotine deposits. The carbon monoxide content in the blood increases due to smoking which results in lesser oxygen content in the blood.

Drinking alcohol is again a very dangerous phenomenon. These are things that the body gets slowly addicted to and individuals find it hard to give up. This slowly results in the gradual deterioration of the body, till it gets to a point of no return. The organs of the body get destroyed and slowly the person loses health and becomes sick and ultimately dies.

Effects Of Alcohol And Drug Abuse

Proper knowledge, education as well as regular guidance should be given so that youth can be safeguarded against these evils. More importantly, adolescence is an age, where children are very susceptible to get influenced by many things. But, they have to be empowered with enough knowledge so as to not become victims of alcohol and drug abuse.

The ill effects of alcohol, smoking, and drug abuse can be of many types. One, they can cause the individuals to become antisocial, indulge in vandalism, rash and reckless behaviour etc.  On the other hand, they can also cause lung cancer, respiratory failure, heart failure, cerebral haemorrhage, damage to the nervous system and liver, kidney dysfunction etc.

The adverse effects of drug and alcohol abuse are not just limited to the individual. Rather, they cause great mental agony to the other family members and friends. Drug abuse can make individuals get into depression, anxiety, rebellious nature, stealing and a whole lot of unpleasant things. 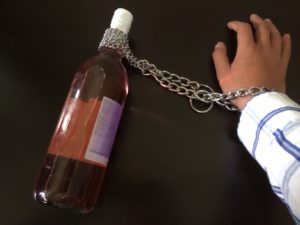 By imparting the necessary life skills to adolescents, and making them realize the harmful effects of drug and alcohol abuse, a lot can be prevented. Proper counselling, education, not falling to peer pressure and seeking professional help are some ways that this menace can be controlled.

Q: What is diacetylmorphine called? What are the long-term effects of it?

Ans. Diacetylmorphine is called as heroin or smack drug. It is an opioid compound which is white, odourless, bitter crystalline. It is extracted from the latex of poppy plant. The long-term effects of the usage of this drug include addiction, dependence, collapsed veins, decreased liver functions etc.

Share with friends
Previous
Molecular Basis of Inheritance
Next
Cancer