In IBPS exams there are mainly two types of paragraph restatement questions. In the preliminary exam, you will have to read a  passage and answer many questions that will ask you questions on the main ideas present in the paragraph. However, in mains, your writing skills are checked and you are asked to write a paragraph precis. This article should help you answer both types of questions comfortably.

In the following section, a passage is present. At the end of the passage, questions are given. All you need to do is select the correct option in each case.

The author dedicates this work to the thousands of sympathetic and well-wishing friends of the Negro race. He is trying to show how the Negro problem can be solved in peace and goodwill rather than by brutality. His idea is that the Golden Rule furnishes the only solution. He believes that at the bottom of southern society there is a vein of sympathy and helpfulness for the Negro and that this feeling should be cultivated and nourished that it may grow stronger and finally supplant harsher sentiments.

There are two factions striving for the mastery of the south to-day, one seeking political power on the idea that Negro manhood is to be crushed and serfdom established, and the other willing that the Negro should have a freeman’s chance and work out his destiny as best he can with the powers God has given him. This faction is ready to give its sympathy and help, and it is the efforts of this class that the author desires to endorse and encourage. 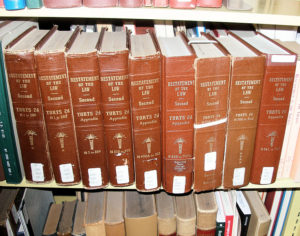 The story weaved into the work is subordinate to the discussion of facts, and not paramount; it is intended to be mild, thus putting it in keeping with the character of the heroine whose deeds it portrays; and should the day ever come when America can rise to the height of adopting and following her sentiments, it will then indeed be the “Sweet land of liberty,” for the black as well as the white man.

Questions Based On The Passage

Q 1: The passage is about a

Answer: The passage begins with the mention of an author. If you read the passage further, it mentions the trails and tribulations of a particular race. The passage also talks about a book. At this point, you will notice that almost all the options that are present, find a mention in the paragraph. But the main topic of the passage is the one in the topic sentence i.e. it is a passage from a book. Hence the answer is A) Book.

Q 2: Of the following options, which one will you say best describes the author of the passage?

A) The author of this passage believes that African-Americans were always treated equally in the American society.

B) African-American people were well represented in the American society since the beginning of the civil rights moment.

C) America needs to adopt a social setup that is similar to sentiments of the heroine of the play to be truly free and fair.

D) America needs to declare its society free for all and establish an equality before the law for all its citizens, irrespective of colour and creed.

Remeber when restating or summing up a passage, never add your own views, no matter how obvious they are.

I am sure in the toils. Last night the Count asked me in the suavest tones to write three letters, one saying that my work here was nearly done, and that I should start at home within a few days, another that I was starting on the next morning from the time of the letter, and the third that I had left the castle and arrived at Bistritz. I would fain have rebelled, but felt that in the present state of things it would be madness to quarrel openly with the Count whilst I am so absolutely in his power; to refuse would be to excite his suspicion and to arouse his anger.

He knows that I know too much and that I must not live, lest I be dangerous to him; my only chance is to prolong my opportunities. Something may occur which will give me a chance to escape. I saw in his eyes something of that gathering wrath which was manifest when he hurled that fair woman from him.

He explained to me that posts were few and uncertain and that my writing now would ensure ease of mind to my friends; and he assured me with so much impressiveness that he would countermand the later letters, which would be held over at Bistritz until due time in case chance would admit of my prolonging my stay, that to oppose him would have been to create new suspicion. I, therefore, pretended to fall in with his views and asked him what dates I should put on the letters.

A) The Count is holding the author against their will.

B) The author has been asked to write three letters but, the author is still considering options to escape.

C) The author wants to convince us that Count is a nice person irrespective of his vices.

D) The author is being held in Bistritz.

Ans: A) The Count is holding the author against their will.

Q 2: Which of the words would best describe the count.