Let’s say that you toss a fair coin (not a prank coin ). There are only two possible outcomes – a head or a tail. Also, it is impossible to accurately predict the outcome (a head or a tail). In mathematical theory, we consider only those experiments or observations, for which we know the set of possible outcomes. Also, it is important that predicting a particular outcome is impossible. Such an experiment, where we know the set of all possible results but find it impossible to predict one at any particular execution, is a random experiment.

Even if a random experiment is repeated under identical conditions, the outcomes or results may fluctuate or vary randomly. Let’s look at another example – you take a fair dice and roll it using a box.

When the dice lands there are only six possible outcomes – 1, 2, 3, 4, 5, or 6. However, predicting which one will occur at any roll of the dice is completely unpredictable. 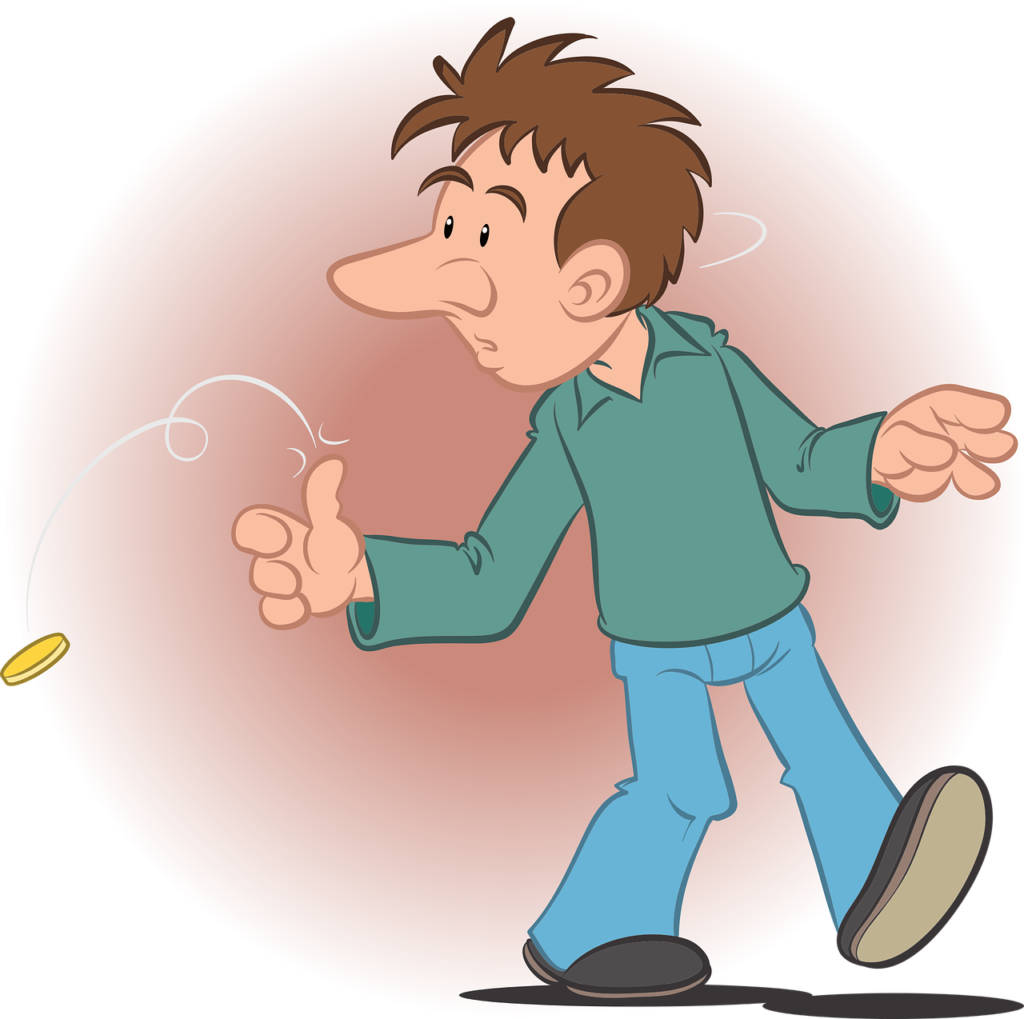 Further, in any experiment, there are certain terms that you need to know:

In a random experiment, the following types of events are possible:

Simple or Elementary events are those which we cannot decompose further. For example, when you toss a coin, there are only two possible outcomes (heads or tails).

The Compound or Composite events are those which we can decompose into elementary or simple events. In simpler words, an elementary event corresponds to a single possible outcome of an experiment.

On the other hand, a compound event is an aggregate of some elementary events and we can decompose it into simple events.

Similarly, when you roll a six-sided dice, the event that an odd number comes up is a compound event. This is because we can break it down into three simple events – (i) Number 1 comes up, (ii) Number 3 comes up, and (iii) The third odd number 5 comes up.

If among all possible events, you cannot expect either one to occur in preference in the same experiment, after taking all conditions into account, then the events are Equally Likely Events.

Back to our favorite coin. Tossing a fair coin has two simple events associated with it. The coin will turn up a ‘head’ or a ‘tail’. Now, there is an equal chance of either turning up and you cannot expect one to turn up more frequently than the other. Also, in the case of rolling a six-sided dice, there are six equally likely events.

Let’s call the coin back into action, shall we?

When you toss a fair coin, the turning up of heads and turning up of tails are two mutually exclusive events. This is because if one turns up, then the other cannot turn up in the same experiment.

Similarly, when you roll a six-sided dice, there are six mutually exclusive events.

Remember, mutually exclusive events cannot occur simultaneously in the same experiment. Also, they may or may not be equally likely.

Two or more events are Dependent Events if the occurrence or non-occurrence of one in any trial affects the probability of the other events in other trials.

No coin this time.

In order to understand Exhaustive Events, let’s take a quick look at the concept of Sample Space.

The Sample Space (S) of an experiment is the set of all possible outcomes of the experiment.

Further, an event is a subset of the sample space and can contain one or more sample points. For example, when you roll a dice, the event that an odd number appears has three sample points.

Q1. What is a Random Experiment?

Answer: An experiment, where we know the set of all possible results but find it impossible to predict one at any particular execution, is a random experiment.