Two events are said to be mutually exclusive events when both cannot occur at the same time. In probability, the outcomes of an experiment are what we call the events. Some of these events have relations with other events. In other words, we say that some events affect the occurrence of other events. Here we will study one type such of events what we call the mutually exclusive events. We will study how to calculate the total probability of two or more events that are mutually exclusive. We will learn about the formula and solve examples that are similar to the ones that have appeared in IBPS PO, IBPS SO, SBI PO and other such exams. Let us begin! 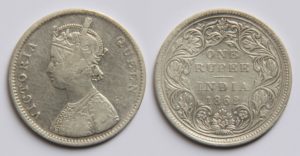 Now you might say that any two events are mutually exclusive then! Not exactly. Consider two coins that we toss at the same time. The occurrence of either a Head or a Tail on one of these doesn’t affect the probability of the occurrence of H or T of the other coin.

There are other kinds of events also. For example, consider a coin that has a Head on both sides or a Tail on both sides. No matter how many times you flip it, it will always be Head (for the first coin) and Tail (for the second coin). So how will the sample space of such an experiment look? It will be either { H } for the first coin and { T } for the second one. Such events have only one point in the sample space and are known as the “Simple Events”. Two simple events are always mutually exclusive.

A die or dice is essentially a cube of six faces. In the theory of probability, the concept of a die is used to study events and their interrelations. The die has six faces that are different from each other. The probability of getting one of the faces in an event (say a 6 or a 2) is equal to 1/6.

Note: The number of favourable events is 1 because the desirable face is just one. On the other hand, the total number of events is 6 as there are 6 faces of the die. We can say the following about the mutually exclusive events:

If A and B are two sample spaces of their respective events, such that ( A ∩ B ) = Ø [phi or the empty set represented by ‘Ø’ contains no element]

If A and B are two sample spaces of their respective events, such that ( A ∩ B ) = Ø [phi or the empty set represented by ‘Ø’ contains no element]. Then the probability of either A or B happening will be written as follows:

Answer: To make it an easy problem, let us build the sample space of each event. For the event ‘P’ we want to get at least two head. That means we will include all the events that have two or more heads.

So Q & R and P & R are mutually exclusive as they have nothing in their intersection.

Example 2: In the above example, what is the probability of getting exactly two heads?

Answer: The set of getting exactly two heads can be written as { HHT, HTH, THH }. This means that there are three favourable outcomes out of a possible 20 outcomes. So the probability will be 3/20.

Q 2: Three faces of a die are painted white such that only the odd number faces remain visible. The die is cast. What is the probability of getting a 1 or a 3 or a 5?