There are six chocolates lying in the bowl, that you and your 2 friends are eyeing greedily. In the spirit of fairness, all three of you pick up two chocolates each. See what you did here, you calculated the Mean of the data given to you! So let us check out a few concepts and methods of this measure of central tendency…

When we are faced with a large set of data, it helps to calculate averages to help make sense of this data. One such average is called the Mean, sometimes also known as the Arithmetic Mean. Mean is the measure of central tendency most commonly used. Mean is equal to the sum of all the values of a collection of data divided by the number of values in the data. In simpler terms, you add up all the values in a data set and divide it by the number of values you added. It can be denoted as follows, 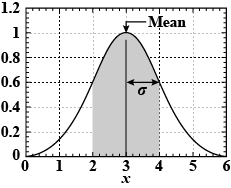 The Arithmetic Mean of marks obtained by students is, 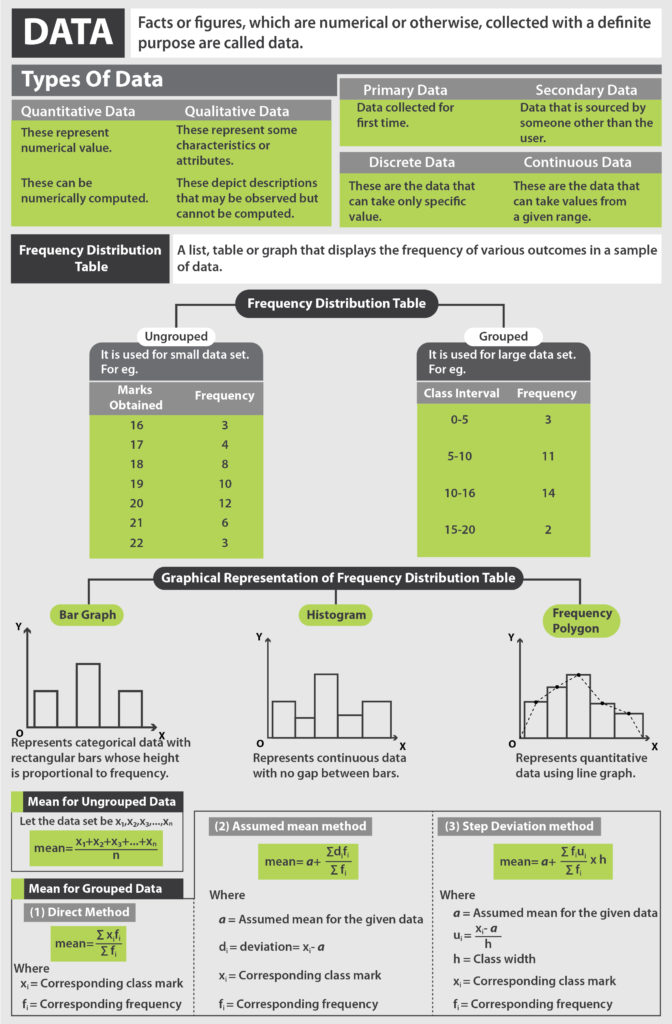 Grouped data is data that has been bundled together for easy understanding. A frequency distribution table is created, which shows the frequencies of the given data set. Let us see the methods of calculating Mean of grouped data.

This is the shortest and simplest method to calculate the arithmetic mean of a grouped data set. The steps are as follows

Also called the shift of origin method, this method is used when the calculation by the direct method becomes very tedious. Steps to be followed are,

This is also called the shift of origin and scale method. Steps to be followed are

The number of observations is now 21, and the mean remains 15

So the sum of the two added observations is 35.

Ques. What is the mean in mathematics?

Ques. What is the difference between mean and median?

Ans. The mean is the average and we all know that here we add up all the numbers and then divide by the number of total numbers. The median is the value that lies in the middle of a series. To find out the median the numbers have to be arranged in numerical order from lowest to biggest.

Ques. How to calculate mean?

Ans. The mean is the average of the total numbers. It is very easy to calculate the mean. All we have to do is ‘add up all the numbers and then divide them by total numbers there.

Ques. What is the importance of mean?