An Iodide is truly an ion I−. In Chemistry, they are the compounds with iodine in formal oxidation number −1. It is most ordinarily used as a component of iodized salt in daily life. And it is one of the foremost important monatomic anions.  When running experiments on seaweed, Courtois stumbled across iodine. French chemist Gay-Lussac first-named iodine as a replacement element and suggested the name. The name of it comes from the Greek word “iodes”. The word suggests “violet.” Below we’ll discuss and explain more about the iodide formula and its applications.

The chemical iodide formula is KI or I−. It is that the ion I−. Compounds with it in formal oxidation number −1 are iodides. However, it could even be a compound, medication, and dietary supplement. And also in radiation emergencies, because it may be a drug. it is also conversant in protecting the thyroid when certain kinds of radiopharmaceuticals are used. Iodide could even be a halide anion and monoatomic iodine.

The molar mass of its 126.90447 g·mol−1. And Standard molar entropy is 169.26 J K−1 mol−1. The conjugate base of iodide is iodide. It’s has a radius of around 206 picometers. Additionally, these effects are hooked into concentrations of iodide and that they are transient. The chemical test for an iodide compound is to acidify the aqueous compound by adding some drops of acid, to dispel any carbonate ions present, then adding lead(II) nitrate, yielding a bright yellow precipitate of lead iodide. 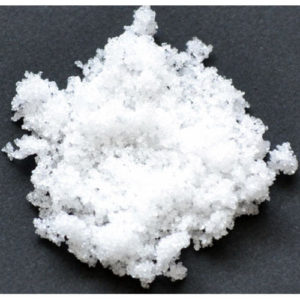 Its salts are mild reducing agents. And also it is known for far from reacting with oxygen to supply iodine. A reducer could even be a chemical term for an antioxidant. It has antioxidant properties and is often considered as a redox potential :

The low solubility of it and lead iodide reflects the covalent character of those metal iodides. A test for the presence of iodide ions is that the formation of yellow precipitates of those compounds upon the treatment of a solution of nitrate or lead(II) nitrate.

The use of it is in preparation for thyroidectomy. Because it makes the glandless vascular. Similarly, low iodide availability can reduce the synthesis of thyroid hormones. And the result is the event of hypothyroid conditions.

Solution: Start of peroxide variation is from a solution to peroxide with vitriol. After this process, the addition of a solution containing iodide, hypo, and starch occurs. After that, there are two reactions occurring within the solution.

The first reaction is that the slow reaction and it produces triiodide.

The second reaction may be a fast reaction. It is a reconversion of triiodide to 3 iodide ions with the thiosulfate and the reaction is:

As a result, after a short interval of time, the solution changes colour to a navy, almost black.