What is Ionization Energy? 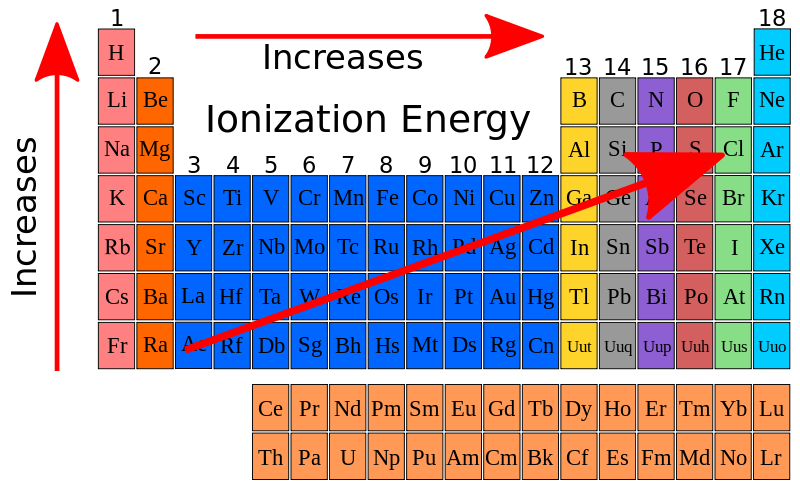 Furthermore, experts always start with an outer shell when measuring the ionization energy, then they move inward toward the nucleus. Interestingly, as the removal of electrons from an atom take place, it becomes more difficult to remove electrons and requires more ionization energy since the change has taken place in the charge of an atom.

Use of different measures of ionization energy takes place in the sciences of physics and chemistry. In physics, the unit is the amount of energy that can remove a single electron from a single molecule or single atom. The expression of the unit in physics takes place in electronvolts (eV).

In contrast, the unit in chemistry refers to the amount of energy that all the atoms in a mole of substance require so as to lose one electron each. Moreover, in chemistry, this energy refers to the molar ionization energy or enthalpy and its expression takes place in kilocalories per mole (kcal/mol) or kilojoules per mole (kJ/mol).

Usage of the term ionization energy is mostly for gas-phase molecular or atomic species. Furthermore, a number of analogous quantities exist that consider the amount of energy that is needed to remove an electron from various physical systems.