Have you seen used the table salt? If you observe it carefully, you’ll see salt is made up of tiny granules. But what do these granules contain? Each granule contains a cation and an anion. These are ‘ions’. Now, what is an ion? Let us know more! 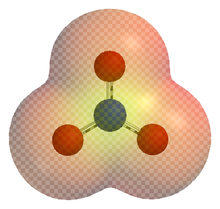 The credit for introducing the term “ion” goes to the prominent English chemist and physicist Michael Faraday in the year 1834. He used this term to describe the chemical combination which moves from one electrode to another in an aqueous solution.

“Ion”, the word is derived from a Greek word ion which translates as “to go”. Although Faraday never identified the movement of particles from one electrode to another yet his experiments led him to understand that metals had a tendency of dissolving in certain solutions at a certain electrode, while it may remain like a mere deposit in a solution at another electrode.

This means that there must be movement in the matter which was influenced by the electrical current. Examples: Some examples of an ion are: hydroxide OH–,  alpha particle He2+

What are Cations and Anions?

There are two broad categories under which one can group ions. They are Cations and Anions.

These are those ions which are positively charged since the number of proton particles in these ions outweighs the number of electrons. The symbol for a cation is denoted by a superscript attached to the chemical formula with a plus sign and the number preceding the said plus sign.

For example in the chemical symbol Ca2+  here—2 is the number of the charge, that is to say, the formula has +2 charge cation. In case there is no number preceding the plus sign, it is presumed to be 1.

Similar to the cations, anions are also symbolized by the number denoting its charge preceding a minus sign. For instance, the symbol of chlorine Cl–  carries a single negative charge. In order to avoid any confusion in remembering which is the positive ion and which is the negative one, you can try remembering it by imagining the ‘t’ in the cation as the symbol for plus, while ‘n’ in anion can be remembered for “negative”.

This way you can easily recall the definitions correctly. We have already established that an ion is a charged molecule. These can be cations and or anions. Scientifically opposites attract and so it is natural for cations to attract anion as they are two opposite electrical charges.

Going by the same principle, two cations will always repel each other, since they are like charges. This attraction and repulsion creates a chemical reaction between chemical solutions. Compounds are readily formed by cations and anions, especially salts. An ion is affected by the magnetic field because it is an electric charge.

Let us now look into some of the basic properties of the ions. Other than having a positive or negative charge, ions also possess the ability to bond with each other in case the other ion possesses an opposite charge.

Some of the most common chemical compounds are formed purely of ions that are chemically bonded. For instance, salt is formed by a repeated series of sodium cations and chloride anions. Some more examples of the ions are as under:

Q. Which of the following have the equal number of electrons?

Share with friends
Previous
Monomials, Binomials, Trinomials and Polynomials
Next
Molecule and Molecule of Elements