Table of content
1 Introduction to Miscible
1.1 Definition of Miscible
1.2 Why two liquids can be miscible?
1.3 Examples of Miscible
1.4 Solved Question for You

Solubility is a general term. Furthermore, it is more often used to mean the ability of a solid solute to dissolve in a liquid solvent. Therefore, Miscibility is used when talking about the solubility of liquid solutes. 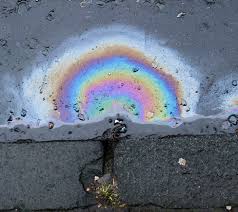 Miscibility refers to the ability of one liquid to completely dissolve in another liquid solvent. A distinct layer between the two liquids will not form when we have a solution which is miscible.

Thus, when a distinct layer does form in a mixed solution, this is called immiscibility. As for example, a type of immiscible liquid is oil and water.

In chemistry, we can exploit this concept of forming a layer when we would like to tell the difference between miscible and immiscible liquids. Generally, a water curve, called a meniscus, will form when two liquids are immiscible. Obviously miscible liquids will not have a meniscus.

Homogenous is a popular term that should come in mind whenever we encounter the word ‘miscible.’ A solution which is homogenous only contains a single phase. Therefore, when we look at a homogenous solution, we will see a uniform composition of two or more liquids mixed together.

Why two liquids can be miscible?

It is a very important question here. Its explanation will refer to the polarity of a liquid.

We can describe liquid solutions as either non-polar or polar substances. If two liquids have similar polarities, they will form a homogenous solution that will be miscible.

Normally, miscible liquids can mix without a limit, meaning they are soluble at all amounts. In order for mixing the liquids, the energy to break the attraction between molecules within the liquids has to be overcome by the energy released when the two liquids mix which is known as enthalpy. Polarity in liquids used as solvents is one property that can prevent mixing due to enthalpy.

It is a fact that polar liquids have molecules with positive and negative ends which attract to form strong intermolecular bonds. On the other hand, non-polar liquids are together by weaker van der Waals forces. Also, low-polarity molecules cannot overcome the strong bonds in a higher polarity liquid, so they remain separate.

Some popular but different examples are as follows:

Q: In which compound will ammonium phosphate dissolve?

Ans: Correct answer is B i.e. water. Ammonium phosphate is the popular salt of ammonia and phosphoric acid. Its chemical formula is (NH4)3PO4.

Its formartion takes place as a crystalline powder upon mixing concentrated solutions of ammonia and phosphoric acid. It is soluble in water.