An element refers to a substance that comprises only one type of atom. Furthermore, a good example is that of the hydrogen atom. Moreover, the hydrogen atom has atoms that have a single proton as well as a single electron. Also, if a change in the number of protons of an atom takes place, the element’s type changes.

A compound refers to a substance that forms due to a combination of two or more elements that are different from one another. Furthermore, this combination of elements takes place in such a way that the atoms belonging to different elements are together by chemical bonds. Such bonds form because of electrons sharing among the atoms.

Difference between Element and Compound 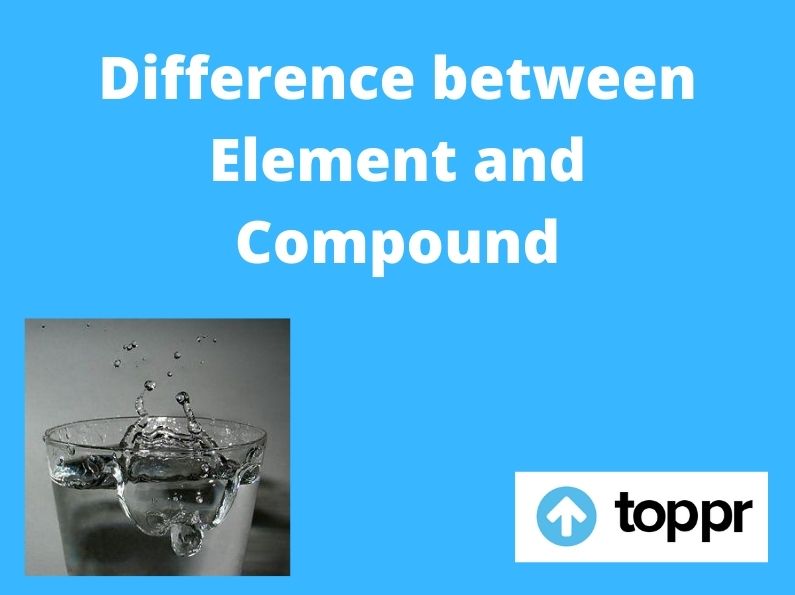 difference between element and compound

Important Difference between Element and Compound

An element is a substance in which the atoms have the same number of protons. Consequently, this means that the atoms of an element have the same atomic number. Breaking down of elements is not possible and hence they are the simplest substances.

There is certainly a difference between elements and components. Furthermore, a component refers to a small part of a larger entity that mostly is a manufactured object. In contrast, an element is one the simplest parts of which anything consists of.

The atoms of a few elements do not bond with other elements readily. Therefore, they do not form compounds. Most noteworthy, such elements are the inert or noble gases like neon, argon, helium, xenon, krypton, and radon.

FAQs about Element and Compound

Question 1: Explain one difference between element and compound?

Answer 1: One difference between element and compound is that an element’s representation is by symbol while a compound is certainly represented by a chemical formula.

Question 2: What is the difference between mixture and compound?

Answer 2: The difference between mixture and compound is that the former comes into existence by physical mixing of substances while the compound is formed by a combination of substances via a chemical reaction.  Furthermore, in a mixture, unlike compound, there is no bonding among the atoms.