The difference between orbit and orbitals is something very useful to understand because many people consider them to be the same. However, the reality is quite different. The major difference between orbit and orbitals is that the former is a definite path of electrons revolutions, whereas the latter represents the uncertain area with a high probability of finding an electron.

An orbital refers to an uncertain area that has the maximum probability of locating an electron. Furthermore, there is a three-dimensional space surrounding the nucleus, which actually is the representative of the orbital. Also, it is also possible for the orbital to have different kinds of shape.

Difference between Orbit and Orbitals 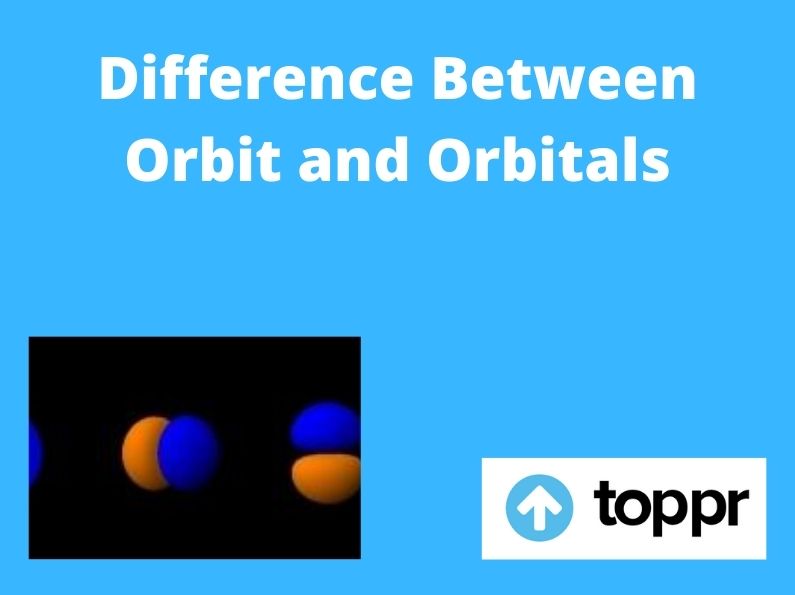 Difference between Orbit and Orbitals

Important difference between orbit and orbitals

An orbit in chemistry is the fixed path on which electron moves or revolves around the atom’s nucleus. Furthermore, an orbit is a simple planar representation of a particular electron. Moreover, it is the path whose establishment takes place due to a circular motion as the electron revolves around the nucleus.

An orbit cannot explain the shape of molecules. This is because of the non-directional nature of molecules. Moreover, electrons certainly go against Heisenberg’s Uncertainty Principle.

It is an important point to note that these orbitals belong to an empirical theory whose aim is to explain the observation of scientists with regards to bonding and molecular structure. Furthermore, an orbital in chemistry represents a wave function that indicates the properties of two electrons that lie in the vicinity of the nucleus. Moreover, the depiction of an orbital takes place as a three-dimensional region that has a 95 per cent probability of locating electrons.

FAQs about Orbit and Orbitals

Question 1: Explain one difference between orbit and orbitals?

Question 2: Explain the concept of orbits in chemistry?

Answer 2: An orbit in chemistry refers to the fixed path where the revolutionary movement of electrons takes place around the atom’s nucleus. Furthermore, an orbit is an electron’s simple planar representation. Moreover, it is the path established because of circular motion.

Question 3: In chemistry, what is meant by an orbital?

Answer 3: An orbital refers to an uncertain area in an atom where there is a maximum probability of finding an electron. Furthermore, it is the three-dimensional space surrounding the nucleus. Orbitals can possibly have various kinds of shapes like sharp(s), principal(p), diffuse(d), and fundamental(f).