We often see the policemen taking care of illegal activities. They swear they will drag the robbers to the court and see it to it that they get the punishment. What exactly is this system that delivers justice? In this chapter, we will look at the Indian Judiciary system in brief. However, we will discuss the other governmental institutions first. Hence, you would have a better understanding.

The Government of India appointed a Commission in 1979, headed by B.P. Mandal, called Second Backward Commission. Commission gave a report in 1980. It suggested reserving 27 percent of government jobs for Socially and Economically Backward Classes (SEBC).

Parliament discussed this for many years. Janata Dal won elections in 1989. V.P. Singh, the then Prime Minister, took the decision to implement reservations. The President announced it in his address to the Parliament. On 6 August 1990, the Cabinet decided to implement and the Prime Minister announced it in both Houses of Parliament. The senior officers then drafted an order. This order was signed by an officer. Thereafter, it became the Memorandum issued on 13 August 1990.

There was a heated debate on the issue and it was finally taken to the Supreme Court. The case became famous as the “Indira Sawhney and others vs Union of India case.” In 1992 Supreme Court declared the Mandal order as valid but asked for some modifications. Therefore, we see that any decision has to be approved by so many bodies, before being finalized. Besides decision making, why are political institutions necessary for a country?

It serves as the final authority to make laws in the country. It also exercises control over the workings of the government. The parliament also decides public issues and national policies,

The President, the Prime Minister and his Council of Ministers and the civil servants constitute what is known as the executive. The Political Executive comprises of the various political leaders elected by the people. These leaders act on their behalf and are responsible to the people who elected them. They take all the decisions that are important for the country.

The second category is the permanent executive. It comprises of the civil servants. They help the political executive in carrying out the day to day work. They are experts. However, they do not have the power to take the final decision. Prime Minister has three kinds of ministers to help him:

The Prime Minister’s position is supreme. He chooses his Cabinet and his decision is final, except in a coalition government where he has to listen to other party members. When the Prime Minister quits, the entire ministry quits. The President is the nominal head of India. He is not directly elected by the people as in the USA.

All the Members of Parliament and Members of the State Legislatures elect him. Since he is elected indirectly, he does not have the same powers as the Prime Minister. The President exercises all his legislative, executive, financial, judicial, military powers only on the advice of the Prime Minister and his Council of Ministers.

The President can only delay a bill. If the Parliament passes it again, he has to sign it. President has the power to appoint the leaders when there is a coalition at his own discretion. 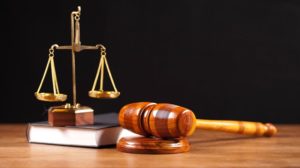 India has one of the most powerful judiciaries. It is a well-governed body. It is deemed as the main justice delivery institution. The Judiciary is independent of both the Executive and the Legislature. The Chief Justice of the Supreme Court is appointed by the President on the advice of the Prime Minister and his Council of Ministers.

The other judges of the Supreme Court and the State High Courts are appointed in the same way but on the advice of the Chief Justice. Once appointed, the only impeachment can remove the Judges. The Judiciary is the custodian of the Constitution. The Supreme Court and the High Courts have the power to interpret the Constitution.

It can declare any law passed by the Legislature as invalid if it violates the Constitution. Hence, the judiciary is above any other institution. It safeguards the Fundamental Rights of the people of India. The judiciary checks malpractices and misuse of power by the Executive or the Legislature. Therefore, it keeps a check on the other bodies.

Q1: Write a brief note on the two houses of the Parliament.

Sol: The Rajya Sabha is the Council of States. It is more important in matters concerning the states. Lok Sabha is more important in money matters. It has control over the executive and has more members. It is elected for a period of five years. On the other hand, the Rajya Sabha is a permanent House, with one-third members retiring every two years. The term of each member is for six years.