The Essence of the Indian Parliamentary System

This is perhaps the reason why the framework of the parliament is such that it consists of some colossal powers which ensure that the democracy system takes place in an exact manner that it was initially intended by the policymakers.

Some of the most important and pivotal parliamentary procedures contain certain rules and regulations that ensure that the Indian democracy functions seamlessly and governance takes place in a fair and systematic manner. As per the Article 79 on the Constitution of India, a parliamentary council in India consists of two separate houses, the Rajya Sabha and the Lok Sabha respectively. As stated in article 74 of the Constitution of India, A council of ministers, headed by the Prime Minister of India, shall be responsible for assisting the president of the country, to exercise and perform the functions entrusted to him, with the help of such council. It can be rightly said that this council is truly vested with some exceptional administrative powers.

Under the parliamentary procedures, the role of the two houses is to seat it many Members of the parliament (MP’s) and allow the formulation of various laws and orders, which would help in the better functioning of the country.

The Powers of the Indian Parliament

Question the Functioning of the Government and its Performance

Whenever the parliament is undergoing a session, it begins with a typical question hour. This question hour is a unique procedure through which the members can inquire about the information relating to the functioning of the government and its performance.This is a very pivotal method through which the Parliament decides what to amend in the system.

At the same time, the Opposition party also plays a central role in the proper functioning of the system. They highlight the key issues in various programmes and functioning of the government and use the support for their own people for policy formation.The upfront work of the Parliament is to engage in making rules and regulations for the good and ideal governance of the country. The parliament holds unique powers to make and break a law. 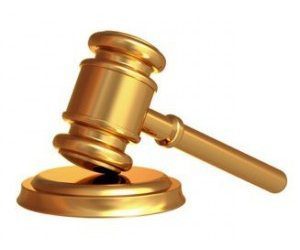 The Parliament forms and issues laws on those subjects which are titled in the Union List.It can also make laws on various subjects which listed under the Concurrent List. If there is a case where there is an issue or overlapping in the provisions which are present in the Union and State provisions, the Union law shall succeed. During an emergency, the Parliament can also pass laws on subjects that come under the State List.

Supervision Functions over the Executives

The Parliament of India also performs supervision functions over the Executives through a question-hour, half-an-hour discussion, zero hours, short duration, and more.

The parliament also possesses various powers over the control of the financial matters of the government. It operates in two phases, one of which is the “budgetary control” which implies that the parliament would have the final call before the appropriation of any grants through the application of the budget and “post-budgetary control” which means that the government would exercise control after the appropriation of grants through one of the financial committees.

Q. Describe the legislative powers of the Parliament of India.

Ans: By way of the parliamentary powers, amendments can take place in the constitution of India using the following three ways:

In conclusion, the Parliament has the power to makes amends in any provision of the constitution only except the ‘basic features’ of the Constitution.

Share with friends
Previous
Rulers and Buildings
Next
The Political Executive