The Reserve Bank of India

The RBI is the central bank of India. It was established in 1935 under a special act of the parliament. The RBI is the main authority for the monetary policy of the country. The main functions of the RBI are to maintain financial stability and the required level of liquidity in the economy.

The RBI also controls and regulates the currency system of our economy. It is the sole issuer of currency notes in India. The RBI is the central banks that control all the other commercial banks, financial institutes, finance firms etc. It supervises the entire financial sector of the country. 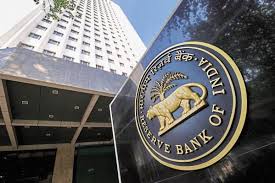 Monetary policy is a way for the RBI to control the supply of money in the economy. So these credit policies help control the inflation and in turn help with the economic growth and development of the country. So now let us take a look at the various instruments of monetary policy that the RBI has at its disposal.

Open Market Operations is when the RBI involves itself directly and buys or sells short-term securities in the open market. This is a direct and effective way to increase or decrease the supply of money in the market. It also has a direct effect on the ongoing rate of interest in the market.

Let us say the market is in equilibrium. Then the RBI decides to sell short-term securities in the market. The supply of money in the market will reduce. And subsequently, the demand for credit facilities would increase. And so correspondingly the rate of interest would also see a boost.

On the other hand, if RBI was purchasing securities from the open market it would have the opposite effect. The supply of money to the market would increase. And so, in turn, the rate of interest would go down since the demand for credit would fall.

There are two components to this instrument of monetary policy, namely – The Cash Reserve Ratio (CLR) and the Statutory Liquidity Ratio (SLR). Let us understand them both.

Cash Reserve Ratio (CRR) is the portion of deposits with the commercial banks that it has to deposit to the RBI. So CRR is the percent of deposits the commercial banks have to keep with the RBI. The RBI will adjust the said percentage to control the supply of money available with the bank. And accordingly, the loans given by the bank will either become cheaper or more expensive. The CRR is a great tool to control inflation.

The Statutory Liquidity Ratio (SLR) is the percent of total deposits that the commercial banks have to keep with themselves in form of cash reserves or gold. So increasing the SLR will mean the banks have fewer funds to give as loans thus controlling the supply of money in the economy. And the opposite is true as well.

The Liquidity Adjustment Facility (LAF) is an indirect instrument for monetary control. It controls the flow of money through repo rates and reverse repo rates. The repo rate is actually the rate at which commercial banks and other institutes obtain short-term loans from the Central Bank.

And the reverse repo rate is the rate at which the RBI parks its funds with the commercial banks for short time periods. So the RBI constantly changes these rates to control the flow of money in the market according to the economic situations.

This is an informal method of monetary control. The RBI is the Central Bank of the country and thus enjoys a supervisory position in the banking system. If there is a need it can urge the banks to exercise credit control at times to maintain the balance of funds in the market. This method is actually quite effective since banks tend to follow the policies set by the RBI.

Q: To control/decrease the supply of money in the market the RBI will decrease the bank rate. True or False?