Money is something which is generally accepted as a medium of exchange, a measure of value, store of value and standard of delayed payments. Generally, we understand money supply as the sum total of currency with the people and demand deposits with the bank.

Components of the Money Supply

Two main components of the money supply are: 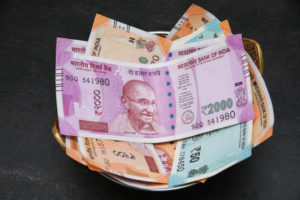 In India, the Reserve Bank of India uses four alternative measures of money supply known as M1, M2, M3 and M4. M1 is the most frequently used measure of money supply because its components are regarded as the most liquid resources. Below is the explanation of each measure:

However, we do not include savings account deposits in DD for the reason that there exists certain conditions on the amount and number of withdrawals.

In fact, a great deal of discussion is still going on as to what constitutes money supply. Savings deposits of post offices are not a part of money supply for the reason that they do not provide a medium of exchange due to lack of cheque facility. In the same way, we do not count fixed deposits in commercial banks as money. As a result, M1 and M2 may be treated as measures of narrow money whereas M3 and M4 as measures of broad money.

M1 is used as the measure of money supply which is also called aggregate monetary resources of the general public. All the above four measures represent different degrees of liquidity, with M1 being the most liquid andM4 is being the least liquid. It is noteworthy here that liquidity means the ability to change an asset into money quickly and without loss of value.

Q: State the two components of the money supply

Ans: The correct answer is option D. Money supply refers to the stock of money held by the people and those who demand money.