We know that India is the world’s largest democracy. But what does this mean? It means that citizens of the country choose their own representatives, who form the government. These representatives form a legislative body known as the parliament. Let us learn more about the parliament of India.

The Parliament of India

As citizens of a great country, we all have a duty to abide by the law and the fundamental principles of our constitution. And it is this constitution that upholds the democratic values that our forefathers struggled to establish. Before we attained independence from the colonial rule, only a few select people had the fundamental right to vote. People couldn’t voice their opinions freely.

It is because of this oppression that our leaders opted for a democracy where the people of India could voice their opinions and participate in the decision-making process. And it is our parliamentary system of government that protects this democracy. So, let’s understand what a parliament is and why do we need it.

The parliament of India is the absolute legislative authority. And it consists of the two main houses—the Lok Sabha and the Rajya Sabha. The Lok Sabha represents the house of the people and the Rajya Sabha represents the council of the states. Both these houses are presided over by the President of India. Now let’s discuss some of the functions of the parliament. 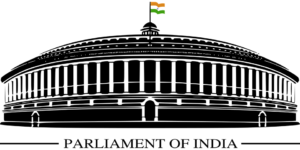 The parliament’s main function, as the absolute legislative authority, is to build fair and strong laws relating to all main union matters or matters enumerated in the union list. The members of either house bring proposals for new bills and laws before the parliament. The members of the parliament then deliberate and debate on the proposal. The parliament of India passes the bill or law when both houses agree and the president gives his/her consent.

Now the parliament can also make laws for a state or take decisions on matters listed in the State list if the state is under the President’s Rule or in a state of emergency.

As mentioned earlier, the parliament of India consists of both the representatives of the people and the council of states. And these members form the cabinet, which is the guiding force that powers the government. All these representatives or cabinet members have important ministries such as finance, defence, and home under their control.

And hence, one of the most important functions of the parliament is to ensure that it governs, controls, and assesses the performance of these various cabinet ministers. And it is here that the opposition plays an important role. As when members bring important matters for discussion, it is the duty of the opposition to bring forth alternative suggestions or ideas to ensure a healthy debate.

The parliament of India has the power to amend the constitution. To pass a constitutional amendment, both houses need to approve the amendment with a majority or total membership. In some cases, the amendments may need the approval of half of the legislative assemblies of the states.

To this effect, the parliament has two standing committees to ensure that the cabinet uses the money judiciously—Public Accounts Committee and the Estimates Committee.

In modern usage, democracy is a system of government in which the citizens exercise power directly or elect representatives from among themselves to form a governing body, such as a parliament

Why Do We Need a Parliament?

Why Do We Need a Parliament?