You must have heard how all our politicians make “gareebi mitao” (remove poverty) as their slogan for getting votes. Well, somehow the situation manages to persist and how! Every government comes up with poverty alleviation policies. Furthermore, the need is to ensure that the same are effectively implemented too.

We have already learnt the concept of poverty and what are the causes of poverty. Let us now understand what the government has done in the direction of curbing the menace.

Since the very first five year plan initiated by the government in the year 1951, the removal of poverty has been on the list. Every consecutive five years, the plan has seen a renewed vow so as to alleviate poverty.  Government understand well that the major cause of India being the underdeveloped country is the increasing level of poverty in the country. 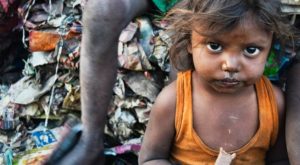 Following are some of the poverty alleviation policies introduced by the government:

Also known as NREGA, this is the flagship programme of Government directly touching lives of the poor and promoting inclusive growth. It aims at enhancing the general livelihood of the rural people by guaranteeing at least a 100 days of employment in a financial year to adults of the household who are willing to do unskilled labour. It was enforced on 2nd February 2006 and implemented in phases. Today it is indeed one of the largest employment generating scheme of the government.

SGRY was launched in the year 2001 by way of merging two ongoing schemes- EAS and JGSY. The objective was to provide additional food security and wage employment to the rural sector. It also helped in creating durable community assets for the rural people. The program targeted poor with special emphasis on women, SCs, STs and parents of children withdrawn from hazardous industries.

This programme was launched in November 2004 in 150 backward districts of the country that were identified by the Planning Commission. The aim of this project was to offer additional sources for rural employment apart from SGRY to these 150 districts. This scheme was entirely sponsored by the Central Government. Since then the program has been merged with NREGA, identifying in total 200 districts to implement the scheme.

PMGSY launched on 25th December 2002 was a fully Central Sponsored Scheme. The objective of this scheme was to construct roads connecting the rural and urban centres through quality roads. This generated employment for rural labourers and lead to infrastructure development.

Launched in 1999, JGSY aimed at creating demand-driven infrastructure in the village, for the use of village community. Secondly, it aimed at creating an additional source of employment for the rural populace. The scheme is prepared and implemented by Village Panchayat.

This is the flagship rural housing scheme introduced by the Government. Under this scheme, states were to provide shelter to those below the poverty line. The objective was to create new accommodation for the poor construction of new houses as well as by converting the unserviceable kuchha houses into pucca and semi-pucca houses.

The objective behind initiating all these and many more similar schemes was to gradually rid the nation of the plague of poverty, once and for all. The schemes were designed in such a way as to offer not just financial health but means of employment by which the poor could continue to feed their family and gradually raise their standard of living.

The schemes aim at a sustained development. While the schemes have benefited many poor people and helped change the face of several rural villages. But there is still a very long way to go before the country can be rid of poverty. Probably, things will get better in the coming future.

Q. What are the schemes introduced by the Government of India with an objective of helping the senior citizens, and destitute women?

Ans: Government has launched several programs to help women and senior citizens. The National Social Assistance programme specifically targets senior citizens and destitute women who are homeless and have no one to take care of them. The government provides them with a pension to sustain themselves. The women are especially offered training in some skills so that they can eventually earn their livelihood by working.