In every paper of IBPS PO, SO and SBI PO, there will be a few questions on the Probability of Random Event. These questions form the subset of quantitative aptitude section. For both IBPS and SBI the quantitative Aptitude section forms a very important section. Here we shall define the concept of probability. We will also see what do we mean when we call an event a random event. Moreover, we will develop techniques that will help you understand and calculate the probability of such events. Let us begin by understanding the concept of probability.

The Probability of Random Event

Let us first try and understand the concept of probability. In general sense of the word, the probability of something means the chance of its occurrence or the chances that we will observe an event at a certain time. For example, when someone says that the probability it raining today is high, you understand that they mean that there is a high chance that it will rain.

Consider a simple example. Let us say that we toss a coin up in the air. What can happen when it gets back? It will either give a head or a tail. These two are known as outcomes and the occurrence of an outcome is an event. Thus the event is the outcome of some phenomenon. 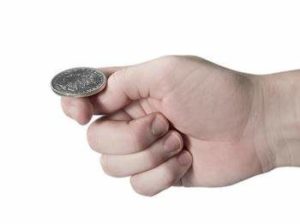 Now that we know what an event is, let us see the following terms. these terms will be used throughout the article and are crucial to the understanding and solving of the concepts of probability.

For example, consider the coin toss again. If we represent the occurrence of the Head by H and the tail by a T, then we can write {H, T} as the sample space. Since there is no other physical possibility, this is the set that contains all the possible outcomes of the event i.e. coin toss.

Here, P (X) represents the probability of the event X. Thus we can write:

Example 1: Find the probability for a randomly chosen month to be January?

Example 2: Find the probability that a given day chosen in a week is Sunday?

Answer: There are 7 possible days (Monday to Sunday) in a week. So the probability that it will be a Sunday = 1/7.

Notice that the value of the Probability of a random event always lies between 0 and 1. If you get an answer that is not between 0 and 1, it is wrong.

Q 1: From a well-shuffled deck of cards, find the probability of drawing a King.

Q 2: An unbiased die is rolled. What is the probability of getting a six?