Conjunctions are linking or joining words that connect other words and phrases together. So there are some very important uses of conjunctions in English grammar. Let us take a look at the types and use of conjunctions.

They are of three types and each of these types joins different types or parts of the sentence:

The main job of conjunctions it to link words, clauses or phrases into one complex and interesting sentence. Let us now look at the list of conjunctions commonly used and their usage and meaning. 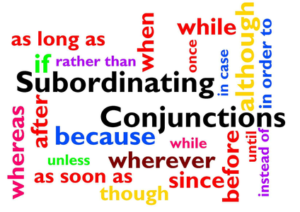 Types and Use of Conjunctions

Here is the use of conjunctions with respect to their types:

The most commonly used coordinating conjunctions are easily remembered by the pneumonic FANBOYS: For, And, Nor, But, Or, Yet, So.

Few sentences using the above conjunctions:

What is Coordinating Conjunction?

The commonly used subordinating conjunctions are because, once, though, until, when, since, where, while, although. These show relation in time, place or condition. Few sentences using the above conjunctions:

What are Subordinating Conjunctions ?

Q: She is neither rich _ educated.

Share with friends
Previous
Comparison of Adjectives
Next
Derivatives