Conjunctions are very important words used in English. You use them every day! A Conjunction is a word that joins parts of a sentence, phrases or other words together. Conjunctions are used as single words or in pairs. Example: and, but, or are used by themselves, whereas, neither/nor, either/or are conjunction pairs.

Learn more about types of conjunctions here in detail.

Let us now understand the use of different conjunctions that we routinely use in our day-to-day communication. 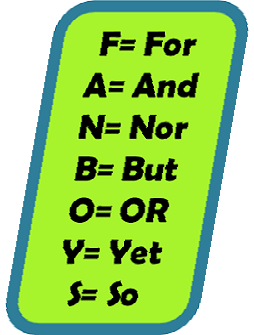 The third type of conjunctions i.e correlative conjunctions, as mentioned earlier in the chapter, are those which occur in pairs. They need to be used in the same sentence at different parts to make sense out of the sentence. Examples of these types of conjunction are: Either: or, neither: nor, both: and, not only: but also, not: but etc.

Few sentences that show the uses of the above-mentioned conjunctions are:

The sentence talks about Meera who doesn’t like to swim. Meera enjoys cycling. Since the two ideas are contrasting, we use the conjunction ‘but’ and so option C) is the correct answer.

Q: Identify the conjunction in the following sentence: Practice regularly, otherwise, you will not become a great pianist.

Ans: The correct answer is Option C. We are to identify the conjunction in the given sentence. A conjunction is a word that is used to connect clauses or sentences or to coordinate words in the same clause (e.g. and, but, if). In the given sentence ‘otherwise’ is the conjunction that joins two sentences i.e. practice regularly and you will not become a great pianist. The remaining options are incorrect because:
A) – YOU is a pronoun
B) – WILL is used to indicate future tense.
D) – BECOME is a verb