Dr. APJ Abdul Kalam is a famous name in the whole world. He is counted among the greatest scientists of the 21st century. Even more, he becomes the 11th president of India and served his country. He was the most valued person of the country as his contribution as a scientist and as a president is beyond compare. Apart from that, his contribution to the ISRO (Indian Space Research Organization) is remarkable. He headed many projects that contributed to the society also he was the one who helped in the development of Agni and Prithvi missiles. For his involvement in the Nuclear power in India, he was known as “Missile Man of India”. And due to his contribution to the country, the government awarded him with the highest civilian award.

APJ Abdul Kalam was born in Tamil Nadu. At that time the financial condition of his family was poor so from an early age he started supporting his family financially. But he never gave up education. Along with supporting his family he continued his studies and completed graduation. Above all, he was a member of the Pokhran nuclear test conducted in 1998.

There is a countless contribution of Dr.APJ Abdul Kalam to the country but he was most famous for his greatest contribution that is the development of missiles that goes by the name Agni and Prithvi. 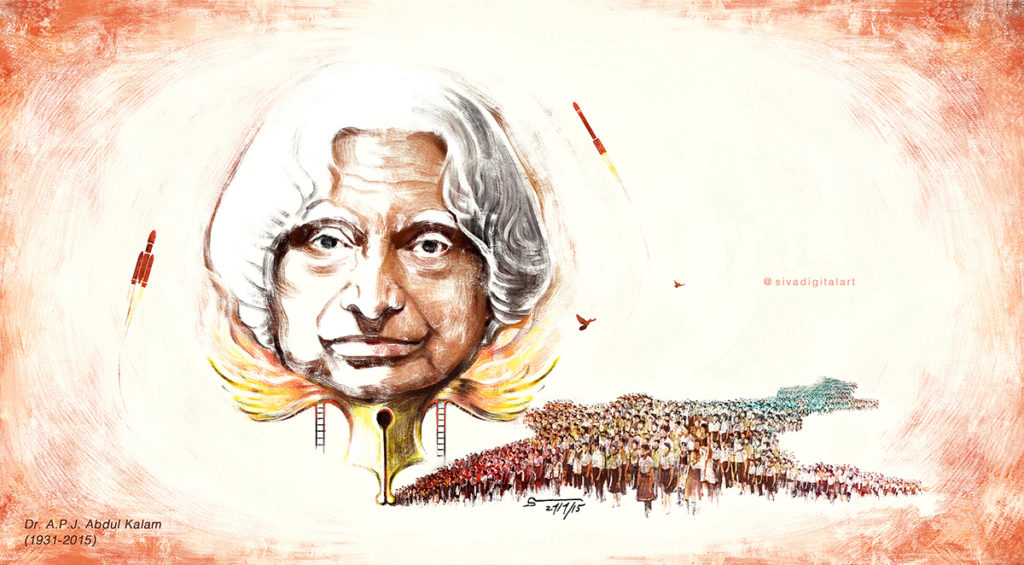 The great missile man becomes the President of India in 2002. During his presidency period, the army and country achieved many milestones that contributed a lot to the nation. He served the nation with an open heart that’s why he was called ‘people’s president’. But at the end of his term period, he was not satisfied with his work that’s why he wanted to be the President a second time but later on forfeited his name.

After leaving the presidential office at the end of his term Dr. APJ Abdul Kalam again turn to his old passion which is teaching students. He worked for many renowned and prestigious institute of India located across the country. Above all, according to his the youth of the country is very talented but need the opportunity to prove their worth that’s why he supported them in their every good deed.

During his lifetime, Dr. APJ Abdul Kalam wrote many books but his most notable work was ‘India 2020’ which have an action plan to make India a superpower.

Dr. APJ Abdul Kalam was a man of simplicity and integrity. He was so busy at work that he rises up early in the morning and work till late hours after midnight.

He died during delivering a lecture to students in Shillong by sudden cardiac arrest in 2015. He was an outstanding scientist and a pioneer engineer who served his entire life for the nation and died while serving it. The man had the vision to make India a great country. And according to his the youth are the real assets of the country that’s why we should inspire and motivate them.