The past month, July of 2019, has been the hottest month in the records of human history. This means on a global scale, the average climate and temperatures are now seen a steady rise year-on-year. The culprits of this climate change phenomenon are mainly pollution, overpopulation and general disregard for the environment by the human race. However, we can specifically point to two phenomenons that contribute to the rising temperatures – global warming and the greenhouse effect. Let us see more about them in this essay on the greenhouse effect.

The earth’s surface is surrounded by an envelope of the air we call the atmosphere. Gasses in this atmosphere trap the infrared radiation of the sun which generates heat on the surface of the earth. In an ideal scenario, this effect causes the temperature on the earth to be around 15c. And without such a phenomenon life could not sustain on earth.

However, due to rapid industrialization and rising pollution, the emission of greenhouse gases has increased multifold over the last few centuries. This, in turn, causes more radiation to be trapped in the earth’s atmosphere. And as a consequence, the temperature on the surface of the planet steadily rises. This is what we refer to when we talk about the man-made greenhouse effect. As we saw earlier in this essay on the greenhouse effect, the phenomenon itself is naturally occurring and an important one to sustain life on our planet. However, there is an anthropogenic part of this effect. This is caused due to the activities of man.

The most prominent among this is the burning of fossil fuels. Our industries, vehicles, factories, etc are overly reliant on fossil fuels for their energy and power. This has caused an immense increase in emissions of harmful greenhouse gasses such as carbon dioxide, carbon monoxide, sulfides, etc. This has multiplied the greenhouse effect and we have seen a steady rise in surface temperatures.

Other harmful activities such as deforestation, excessive urbanization, harmful agricultural practices, etc. have also led to the release of excess carbon dioxide and made the greenhouse effect more prominent. Another harmful element that causes harm to the environment is CFC (chlorofluorocarbon).

Some Effects of Greenhouse Effect

Even after overwhelming proof, there are still people who deny the existence of climate change and its devastating pitfalls. However, there are so many effects and pieces of evidence of climate change it is now undeniable. The surface temperature of the planet has risen by 1c since the 19th century. This change is largely due to the increased emissions of carbon dioxide. The most harm has been seen in the past 35 years in particular.

The oceans and the seas have absorbed a lot of this increased heat. The surfaces of these oceans have seen a rise in temperatures of 0.4c. The ice sheets and glaciers are also rapidly shrinking. The rate at which the ice caps melt in Antartica has tripled in the last decade itself. These alarming statistics and facts are proof of the major disaster we face in the form of climate change.

A Greenhouse, as the term suggests, is a structure made of glass which is designed to trap heat inside. Thus, even on cold chilling winter days, there is warmth inside it. Similarly, Earth also traps energy from the Sun and prevents it from escaping back. The greenhouse gases or the molecules present in the atmosphere of the Earth trap the heat of the Sun. This is what we know as the Greenhouse effect. 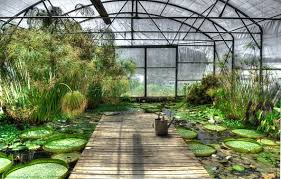 These gases or molecules are naturally present in the atmosphere of the Earth. However, they are also released due to human activities. These gases play a vital role in trapping the heat of the Sun and thereby gradually warming the temperature of Earth. The Earth is habitable for humans due to the equilibrium of the energy it receives and the energy that it reflects back to space.

Global Warming and the Greenhouse Effect

The trapping and emission of radiation by the greenhouse gases present in the atmosphere is known as the Greenhouse effect. Without this process, Earth will either be very cold or very hot, which will make life impossible on Earth.

The greenhouse effect is a natural phenomenon. Due to wrong human activities such as clearing forests, burning fossil fuels, releasing industrial gas in the atmosphere, etc., the emission of greenhouse gases is increasing.

Thus, this has, in turn, resulted in global warming. We can see the effects due to these like extreme droughts, floods, hurricanes, landslides, rise in sea levels, etc. Global warming is adversely affecting our biodiversity, ecosystem and the life of the people. Also, the Himalayan glaciers are melting due to this.

There are broadly two causes of the greenhouse effect:

All the countries of the world are facing the ill effects of global warming. The Government and non-governmental organizations need to take appropriate and concrete measures to control the emission of toxic greenhouse gases. They need to promote the greater use of renewable energy and forestation. Also, it is the duty of every individual to protect the environment and not use such means that harm the atmosphere. It is the need of the hour to protect our environment else that day is not far away when life on Earth will also become difficult.