Green Revolution is actually the process of increasing agricultural production by using modern machines and techniques. It was a scientific research-based technology initiative performed between 1950 and the late 1960s, that increased agricultural production worldwide, particularly in the developing world, beginning most markedly in the late 1960s. It used HYV seeds, increased use of fertilizer and more technical methods of irrigation to increase the production of food grains. 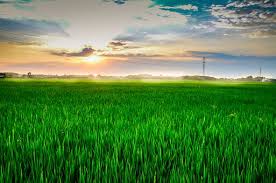 In India Green Revolution commenced in the early 1960s that led to an increase in food grain production, especially in Punjab, Haryana, and Uttar Pradesh. Major milestones in this undertaking were the development of high-yielding varieties of wheat. The Green revolution is revolutionary in character due to the introduction of new technology, new ideas, the new application of inputs like HYV seeds, fertilizers, irrigation water, pesticides, etc. As all these were brought suddenly and spread quickly to attain dramatic results thus it is termed as a revolution in green agriculture.

A record grain output in 1978-79 around 131 million tons occurred due to the Green Revolution. Hence, it made India as one of the world’s biggest agricultural producer. In India Green Revolution recorded a high level of success. India also became an exporter of food grains around that time.

Crop areas under this project needed more water, more fertilizers, more pesticides, and certain other chemicals. This increased the growth of the local manufacturing sector. Increased industrial growth created new jobs and contributed to the country’s GDP. The increase in irrigation created the need for new dams to harness monsoon water. The stored water was used to create hydro-electric power. All of this resulted in industrial growth, created jobs and improved the quality of life of the people in villages.

This new technology used frequent application of water, fertilizers, insecticides, larger volumes of transportation, electricity, etc. Not only the agricultural workers but also industrial workers got plenty of jobs because of the creation of facilities such as factories, hydro-electric power stations, etc. to back up the revolution.

One of the most important factors that made Mrs. Indira Gandhi (1917-1984) and her party the Indian National Congress, a very powerful political force in India is this Green Revolution. India transformed itself from a starving nation to an exporter of food. This gave India admiration and appreciation from all over the world, especially from the Third world country.

Disadvantages of the Green Revolution

The negative social effect of the Revolution was also soon visible. Disparities in income have been widened by these innovations in agriculture. Rich landlords have control over the agricultural input and improved chemical fertilizers. The worst part is that the poor farmers found themselves handicapped by small farms of land and inadequate water supply. With complete agricultural techniques and inputs, the Green revaluation tended to have its most concentrated application on large farms.

As a concentration of the new technology to large farms, the Inequalities have further Increased. The poor farmers have been adversely affected by a growing tendency among the rich farmers to reclaim land previously leased out under tenancy agreement, which has been made profitable by higher returns from new technology.

The poor and backward class of farmers has been increasingly pushed into the rank of the landless laborer. A drastic increase in a higher level of rent with land value soaring. Also because of excessive use of fertilizers soil started to become alkaline or acidic depending upon the nature of the fertilizer used.

India has made a huge achievement in term of the Green Revolution, as it has provided an unprecedented level of food security. It has pulled a large number of poor people out of poverty and helped many non-poor people avoid the poverty and hunger they would have experienced had it not taken place. This revolution has saved over a billion people all over the world from famine.