India is a historical country that has often found itself leading the world in many fields. In the graduate level competitive exams, the general awareness section will always have questions on the great history of India and the people that were responsible for it. In the space below, we will try to summarise the vast and rich contributions of national personalities to the people of India and the world. Let us explore more about this.

In today’s modern world of globalization, it is very important that we know about the rich past and the contributions of the people of India to the world and the country itself.

An Indian polymath, economist, politician and social reformer is the father of the Indian constitution, inspired the Dalit Buddhist movement and campaigned against social discrimination of Dalits. He also fought for the rights of women and labor class. He was India’s first law minister and a founding father of the Republic Of India. 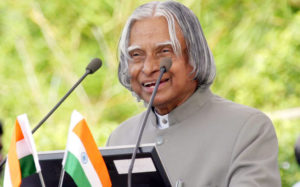 Dr. Avul Pakir Jainulabdeen Abdul Kalam was the 11th President of India. He was a very brilliant scientist from Tamil Nadu and is also referred to as the “Missile Man of India” for his work on the development of the ballistic missile and launch vehicle technology. Dr was also partly responsible for India becoming a nuclear power. He was also a recipient of the Bharat Ratna, the highest civilian award of India.

Pt Jawaharlal Nehru was the first Prime Minister of India. he was the leader of the Indian Independence movement at the time when India got its independence. Nehru was a graduate of the famous Trinity College, Cambridge and was a barrister. He also held many portfolios like the Minister of defence ( 31 Oct to 14 Nov 1962), Minister of Finance (13 Feb 1958 to 13 March 1958), Minister of External Affairs (2 Sept 1946 to 27 May 1964), Vice President of the Executive Council ( 2 Seo 1946 to 15 Aug 1947).

She was an Indian social reformer and freedom fighter who had a degree from the Bedford College London.  Kamaladevi played a great role in the renaissance of the Indian handicrafts, handlooms, and theatre in independent India. She also fought for the rights of women. She was conferred with Padma Bhushan and Padma Vibhushan by Government of India in 1955 and 1987 respectively.

Maqbool Fida Husain is a modern Indian painter of international acclaim. In 1967, he received the National Film Award for Best Experimental Film for Through the Eyes of a Painter. He has received the  Padma Shri (1966), Padma Bhushan (1973), and the Padma Vibhushan (1991).

Ustad Bismillah Khan’s original name is Qamaruddin Khan. He was an Indian Classical musician who popularised the Shehnai. Ustad has been honored with these following awards:

Rasipuram Krishnaswami Iyer Narayanaswami was a great writer and a leading author. His most famous work is the Malgudi. The book also got the Sahitya Akademi Award. In 1964, he received the Padma Bhushan and in 1980, he was awarded the AC Benson Medal by the (British) Royal Society of Literature. In 1982 he was elected an honorary member of the American Academy of Arts and Letters and was nominated for the Nobel Prize in Literature multiple times, but never won the honor.

He was an Indian filmmaker, graphic artist, screenwriter, author, and music composer.  He has received over 32 National Film Awards by the Government of India. At the 11th Moscow International Film Festival in 1979, he received the Honorable Prize for the contribution to cinema. He was one of only four filmmakers to win the Silver Bear for Best Director more than once at the Berlin International Film Festival. The Government of India awarded him the Padma Bhushan in 1965 and the highest civilian honor, Bharat Ratna, shortly before his death in 1992.

Dr. Homi Jehangir Bhabha is one of the greatest nuclear Physicists of the world.  He was awarded the Adams Prize in 1942, the Padma Bhushan in 1954 and the fellow of the Royal Society.

Q 2: Which Indian received the most nominations for the Golden Bear Awards?