Sometimes, instead of a function y(x) being defined explicitly in terms of the independent variable x, it is convenient to define both x and y in terms of a third variable, (say) t. This third variable is known as a parameter, and the function then is said to be defined in a parametric form. In this section, we’ll explain how such functions can be differentiated using a process known as parametric differentiation.

Derivatives of Functions in Parametric Forms

It is very important to understand the behavior of parametric functions before jumping into this article, so you must be sure to look at various examples from different topics. Mechanics in physics brings to attention, such a wonderful example of some parametric functions.

Acceleration is usually defined as: $${ a = \frac{dv}{dt}} $$ Although, an alternative definition of the acceleration gives us:
$$ { a = v\frac{dv}{dx}}$$ The functions v (velocity) and x (position), are usually expressed in terms of time (the parameter here) i.e. the velocity is v(t) and the position is x(t). How would we then compute the derivative \({\frac{dv}{dx}}\) from the methods of differentiation known to us? This riddle is solved by the method of Parametric Differentiation as we will now demonstrate.

This was clearly the first derivative of the function y with respect to x when they are expressed in a parametric form. The second derivative can be calculated as – $$ { \frac{d^2y}{dx^2} = \frac{d}{dx}(\frac{dy}{dx})} $$ Applying the First Order Parametric Differentiation again, treating \(\frac{dy}{dx}\) as a function of the parameter t now:

Similarly, higher order derivatives may be calculated. The only thing one must keep in mind is that every derivative that one calculates, is going to be a function of the parameter t. Its obvious too, because actually x and y themselves are functions of t. Let us now look at some solved examples to seal the deal.

Solution: This is clearly a function that is represented in terms of the parameter t. The point (x, y) at t = 0 can be obtained by putting this value of t in the functions x and y. It turns out to be (0, 1). The graph of this function is as shown below with the point (0, 1) marked as P. 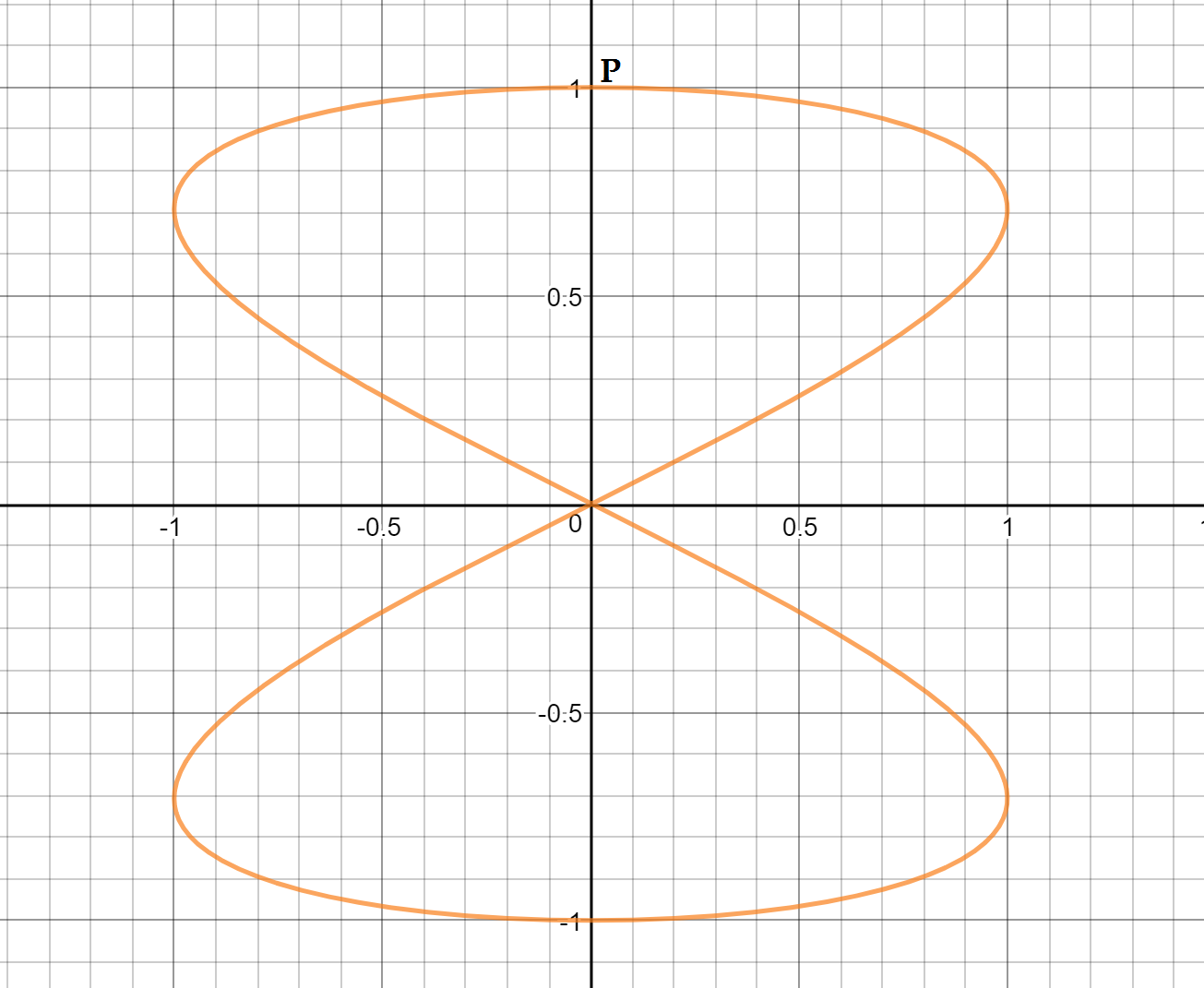 For a verification, it is also evident from the graph that the slope of the tangent to the curve at the point P is equal to 0.

This concludes our discussion on the derivatives of functions in parametric form.