Likewise, to arrive at the required differential equations and gain a better understanding of the physical process under consideration. We’ll learn how to find the derivatives of implicit functions in this section. Before jumping into the topic, let us first clarify our concepts.

Table of content
1 Suggested Videos
2 What are Explicit and Implicit Functions?
3 Implicit Differentiation
3.1 Browse more Topics under Continuity And Differentiability
4 Important Points to Remember
5 Solved Examples for You
5.1 Question 2

What are Explicit and Implicit Functions?

I’ll make you understand the difference between the two on the basis of how much we have learned so far. Up until now, we have only learned how to differentiate functions of the form y = f(x). This is actually the explicit form of the dependent variable y in terms of the independent variable x.

Basically, an explicit form is one in which your equation is simplified to such an extent that the variables get separated out and can be expressed in terms of each other.  For eg, consider the equation of a circle of unit radius: $${ x^2 + y^2 = 1 } \text{……………. The implicit form of the function}$$

The alternate form is as follows: $$ { y = \pm{\sqrt{1 – x^2}}} \text{…………… The explicit form of the function} $$ As you may notice, we have conveniently expressed y here, as a function of x. Thus, this representation of the equation is explicit in nature with respect to y (as well as x, since you can follow the same procedure for x).

However, if you consider the equation of a two-dimensional curve, given as: $$ { x^2 + xy + y^2 = 1 } $$ You may note that it is not possible to separate out the variables in this case. Such an equation is completely implicit in nature with respect to the variables x and y. 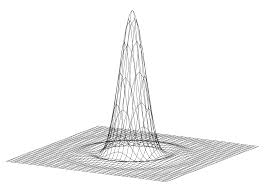 Now let us solve a couple of questions to get a better idea of how to proceed with this new style of differentiation.

The method of implicit differentiation used here is a general technique. It is used to find the derivatives of unknown quantities. Don’t interpret it as useful only in calculating \(\frac{dy}{dx}\) or the other derivatives we have solved for.

For example, Let the position x and the velocity v of a body be given as functions of time t i.e. position: x(t) and velocity: v(t). If it is given that the body follows a path given by the equation: 7v2t2 – 5x = 2

Then you can easily get a relation between the acceleration (v'(t)) and the velocity (x'(t)) of the body by implicitly differentiating the given expression with respect to time and proceeding in the same manner as discussed above (i.e. apply the chain rule on each term).

Question 1: Find the expression for the first derivative of the function y(x) given implicitly by the equation: x2y3 – 4y + 3x3 = 2.

Now let us understand how to take the different derivatives here. Starting from the left hand side, we first encounter the term x2y3. Its derivative using the chain rule is:

This is the required expression for the first derivative at any point on the curve.

Find the second derivative of y, given implicitly as: y – tan-1y  = x.

This is the required expression for the second derivative of y.

This concludes our discussion on the topic derivatives of implicit functions.

Question 1: What is implicit and explicit?

Question 2: What is the point of implicit differentiation?

Answer: The system of implicit differentiation lets us find the derivative of y with regards to x without solving the given equation for y. Thus, we must make use of the chain rule whenever the function y is being distinctive because of our supposition that we may express y as a function of x.

Answer: Isaac Newton invented implicit differentiation. He was a popular physicist and mathematician who made use of it in several physics problems he encountered. On the other hand, another mathematician from Germany, Gottfried W. Leibniz has been said to also develop the technique in parallel to Newton around the same time.

Question 4: What happens when the derivative is zero?