The mean value theorem is a very important result in Real Analysis and is very useful for analyzing the behaviour of functions in higher mathematics. We’ll just state the theorem directly first, before building it up logically as a general case of the Rolle’s Theorem, and then understand its significance. So let’s get to it!

Let f(x) be a continuous function in a closed interval x ∈ [a,b], and differentiable in the open interval x ∈ (a,b) where a<b. Then the Mean Value Theorem says that –

The Logic Behind the Theorem

In two dimensional calculus, for a function f(x) which is continuous in a closed interval x ∈ [a,b], and differentiable in the open interval x ∈ (a,b) with a<b ; if the condition f(a) = f(b) is satisfied – Only a few specific types of behaviour of the function are allowed. They follow logically and are shown below –

In every case, you can notice at least one point on the function corresponding to an x = c (marked on the graphs), where the function is stationary i.e. f'(c) = 0. If you put f(a) = f(b) in the statement of the Mean Value Theorem, you’ll find that the theorem now states –

Now let us define another function h(x) such that –

Since, h(a) = h(b) = 0; the condition of applicability of the Rolle’s Theorem is satisfied for the function h(x).
Thus, we are guaranteed the existence of a point x = c such that h'(c) = 0. Let us see what does this imply –

where the final statement gives the result of the Mean Value Theorem.
The choice of a suitable function h(x) is arbitrary, and here we have chosen it for standardization purposes.

Interpretation of the Mean Value Theorem

The following interpretations can easily be understood by looking at the statement of the theorem: 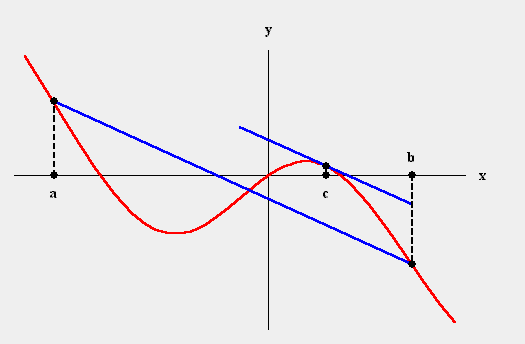 Let us now understand some important conclusions from the Mean Value Theorem before applying it to a problem for a better understanding.

Proof – Initial Assumption: f'(x) = g'(x). The result then follows from the previous one itself with just a slight manipulation. Define a new function –

Since, f(x) and g(x) are continuous and differentiable in (a,b); we have –

But, f'(x) = g'(x) from our initial assumption. Thus, from the previous result –

Solved Examples for you

Answer : To apply the condition of the Mean Value Theorem, we first need to find the derivative of the function in the given interval –

Note that since f(0) = f(3) here, the condition of Rolle’s Theorem is satisfied.
Nevertheless, applying the Mean Value Theorem with ‘c’ as a point in the interval (0,3) –

Using the expression for f'(x), we get – 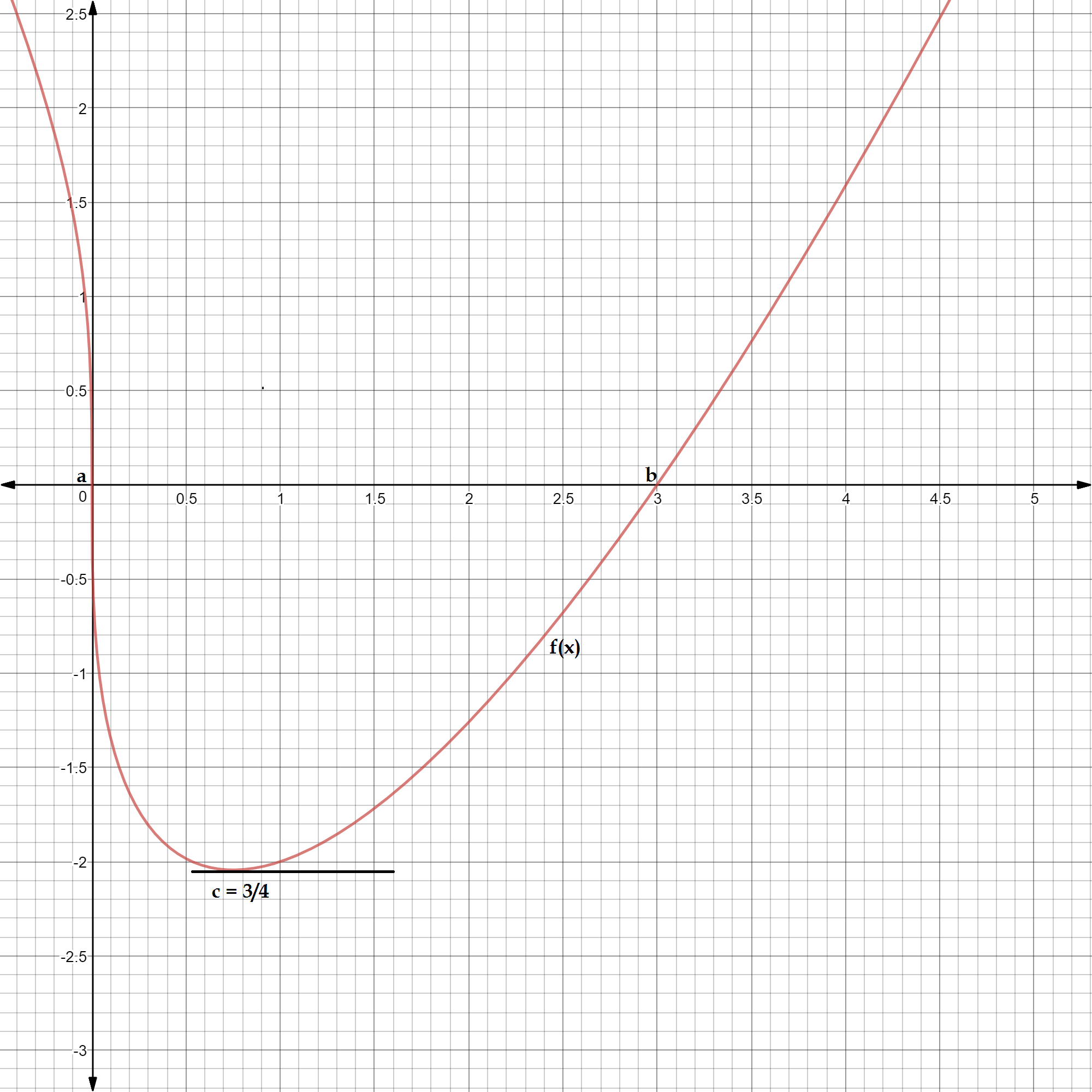 Answer: The Mean Value Theorem is one of the most essential theoretical tools in Calculus. It also says that if f(x) is definite and continuous on the interval [a,b] and differentiable on (a,b), in that case there is at least one number c in the interval (a,b) (that is a < c < b) such that.

Answer: Michel Rolle created Rolle’s Theorem. He was a mathematician who created it in 1691. Further, this French mathematician was also the co-inventor in Europe of Gaussian elimination.