What is a Permanent magnet?

Difference Between Electromagnet and Permanent Magnet 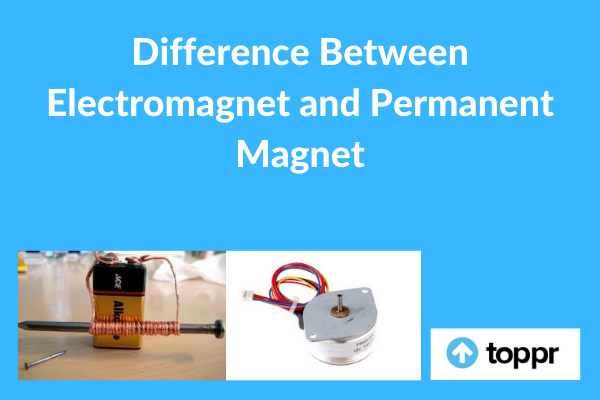 Difference between electromagnet and permanent magnet

The important difference between electromagnet and permanent magnet

We must learn in detail to find out more about the difference between electromagnet and permanent magnet.

The magnetic field created by an electromagnet is proportional to both the number of turns in the winding and the current in the wire. Electromagnets are very widely in use in electric and electromechanical devices, such as transformers, relays, motors, loudspeakers, MRI machines, etc. There are three basic types of electromagnets: the robust ones, the superconductors, and finally the hybrids.

A permanent magnet is an object made from a ferromagnetic material that when magnetized remains longlasting. It forms a persistent magnetic field and has a specific north and south pole. Permanent magnets are made from materials such as alnico and ferrite( hard ferromagnetic materials) that are subjected to special processing in a strong magnetic field during manufacturing to align their internal microcrystalline structure.

Process for magnetizing ferromagnetic materials are:

1) Heating the object higher than its Curie temperature, allowing it to cool in a magnetic field and hammering it as it cools.

2) Another method is placing the Ferro material in an external magnetic field. The material retains some magnetism on removal. Vibration also increases the effect.

4)  An electric current runs through a coil to line up the domains in the material.

FAQs about electromagnet and permanent magnet

Q.1. Is Lodestone a permanent magnet?

Answer- The lodestone is an extremely rare form of the mineral magnetite (Fe3O4) that occurs naturally as a permanent magnet. William Gilbert in the sixteenth century scientifically investigated the magnetism property of lodestone and when he defined its ‘poles’ and the well‐known rule that ‘like poles repel, unlike attract’.

Q.2. How does the number of coils affect the strength of an electromagnet?

Answer- Increasing the number of coils, which adds more field lines and makes the electromagnet stronger. Turning coils around and passing a current through them will make a much stronger electromagnet.