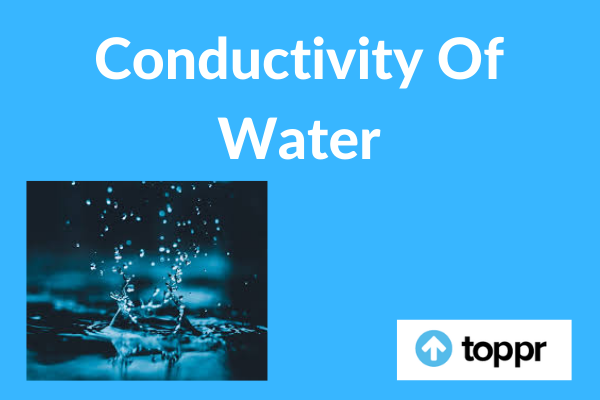 The Conductivity of Salt Water

So in saltwater, there are sodium and chloride ions that have an electrical charge. Now if we put salt in water the water molecules pull apart the sodium and chlorine ions and they are freely floating in the water. So these ions are mainly carrying the current in saltwater. As saltwater is a good conductor of electricity it makes ocean water a huge resource for renewable energy.

Importance of Conductivity of Water in Industrial Applications

pH and Electrical Conductivity of Water

Q.1 Why high conductivity of water is harmful to humans?

Q.2: Write the factors that affect the conductivity of water.