Have you ever had an unusual experience where you went to take off your hat and all your hair stood out in a spiky manner? Sometimes the weird crackling noise also accompanies the spikes. Or how about the time you go to cuddle your soft pet and instead you receive a literal electric shock out of nowhere? There is no direct plugged in wirings and yet you experience an electric shock. This phenomenon may seem like magic, but we refer to it as Static Electricity.

We know that atom is the primary constituent of any object. Atoms are composed of electrons which are negatively charged, protons which are positively charged and the neutrons which function as neutrals. Hence, we can say that every object has an inbuilt charge that is both positive and negative. Moreover, when positive and negative charges are disproportionate, the current discharges from the object. Therefore, it creates static electricity. 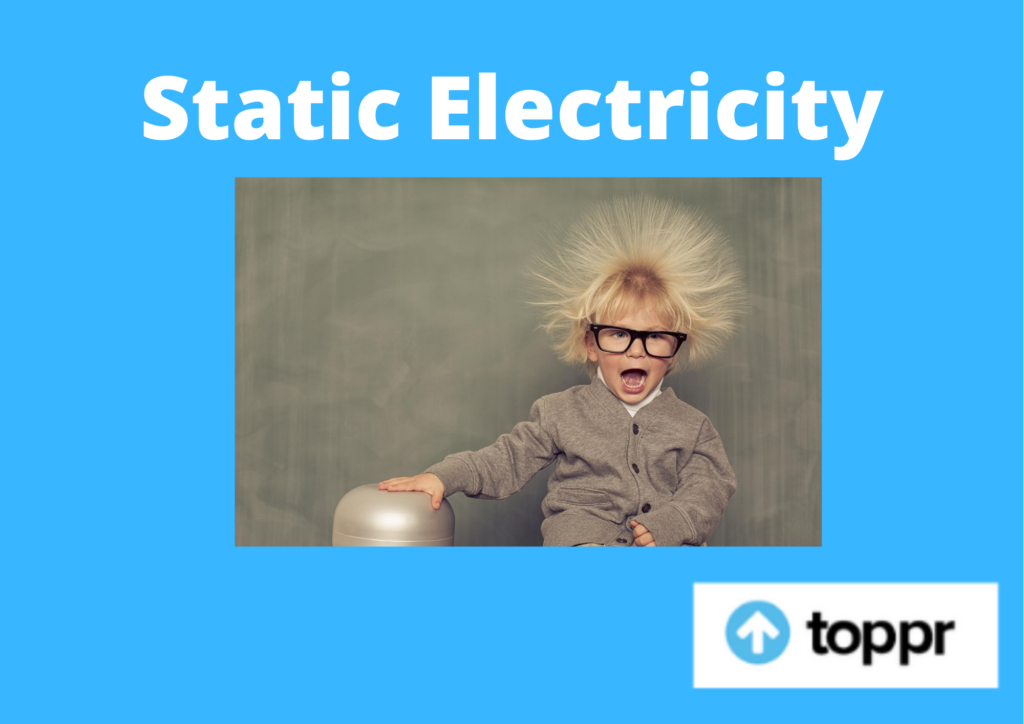 One of the initial most explanation of the phenomenon of Static Electricity was explained by Micheal Faraday in 1832. He explained how generators and batteries function using the imbalance positive and negative charges within the object. This was the reason why he introduced the addition of graphite powder in ammunitions. Thus, preventing the damage of the circuitry of the semiconductors used.

Moreover, when two objects like wool and wax are in contact with each other, one releases the electrons. This results in positive charging of the object while the other receives the electrons to create a negative energy buildup. This produces static electricity causing the wool to stick to the wax. We also observe this similar phenomenon when we rub glassware with a piece of silk cloth.

As electrons are very loosely placed in an object, they can be exchanged very easily. A slight touch or rub is sufficient to transfer the negatively charged particles and thus causing an electrical current discharge.

Properties and Characteristics of Static Electricity

Role of the Triboelectric effect in Static Electricity

The phenomenon where the exchange of electrons between objects causes the production of static electricity. Thus, we refer to it as the Triboelectric Effect.

The positively charged nucleus of an atom is surrounded by electrons. In a stable state, they remain neutral in charge. However, when another object comes in contact with it, the particulate exchange thus creates a difference in the balance.

Further, while one object is in a positively charged state, the other becomes negatively charged. Moreover, the constant rubbing of these two objects creates a buildup of self-produced electrical current better known as Triboelectric phenomenon.

Every material has a designated amount of charges based on the electron, proton and neutrons it composes of. However, the exchange of charged electron in the Triboelectric Phenomenon remains the same for every kind of object. This is from where we get the term Triboelectric Series.

Below is the chart consisting of a series of positively charged and negatively charged objects as studied in triboelectric Phenomenon. Each of these objects showcases the exact behaviour pattern regardless of the object they are rubbed along with.

Furthermore, Static Electricity does not affect the magnetic field as it cannot last for a longer period of time. This happens because of the unstable electron exchange. Further, this discrepancy is the result why we cannot utilize static current for the day to day functionality.

However, in the case of Current Electricity, a magnetic field creates that remains in an active state for a long period of time. Consequently, this increases the usability potential of current Electricity.

Though Static Electricity is of not much importance in electric current production. However, it plays an important role in various sections of applied physics like:

Question 1: Give an example of Static Electricity.

Answer 1: During winter when someone touches a metal doorknob or rod, there is a sudden jolt of electric current one may feel. The human skin is generally positively charged while the metallic compounds are negatively charged. This results in the production of static current.

Question 2: How does Static Electricity affect the human body?

Answer 2: Due to the extremely short period of current flow in Static Electricity. It does not cause any drastic harm to the body. However, sometimes micro shocks can cause spiking of the hair or the skin follicles.

Answer 3: Lightning is an example of Static Electricity as it is a short term phenomenon. The exchange of atom particles that causes short span energy production is responsible for it.

Question 4: How can we measure Static Electricity?