The spin quantum number gives us an explanation of an electron’s unique quantum state. Moreover, the nomination of this takes place as ‘s’. Also, the spins play a significantly important role in quantum mechanics in order to compute the characteristics of elementary units like electrons. 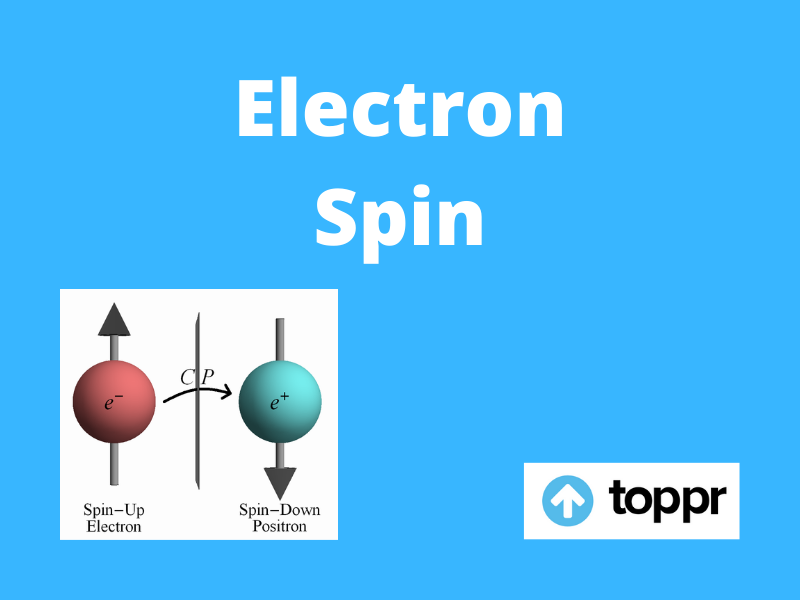 The electron spin theory describes the electron as a quantum particle rather than a simple sphere as in the classical theory. Furthermore, the theory tells us about the direction of the electron spin. Moreover, it also discusses its influence on certain properties like the atom’s magnetic properties.

In quantum theory, an electron can be considered like a minute magnetic bar. Furthermore, one can consider spin points of an electron like the north pole of the minute bar. If two proximate electrons are characterized by similar spin direction, the formation of the magnetic field by them strengthens each other.

s is equivalent to a spin vector that is quantized

The spin vector is articulated as ||s||

The association of the spin quantum number (s) is with the spin angular momentum and h represents the Plancks constant.

One can articulate the spin quantum number as: S = n/2

Any non-negative integer can be n.

The total angular momentum s is articulated by:

Question 1: What is spin or electron spin?

Answer 1: An electron spin refers to a form of angular momentum of electrons. Furthermore, it is a quantum property of electrons and its magnitude happens to be permanent.

The spin quantum number provides information about an electron’s unique quantum state. Also, the spins play an important role in quantum mechanics. This facilitates the computation of the characteristics of elementary units like electrons.

Question 2: How can one identify an electron spin?

Answer 2: One can identify an electron spin by following the three steps: