An atom consists of a large number of orbitals which are distinguished from each other on the basis of their shape, size and orientation in space. The orbital characteristics are used to define the state of an electron completely and are expressed in terms of three numbers as stated, Principal quantum number, Azimuthal quantum number and Magnetic quantum number and Spin Quantum number. 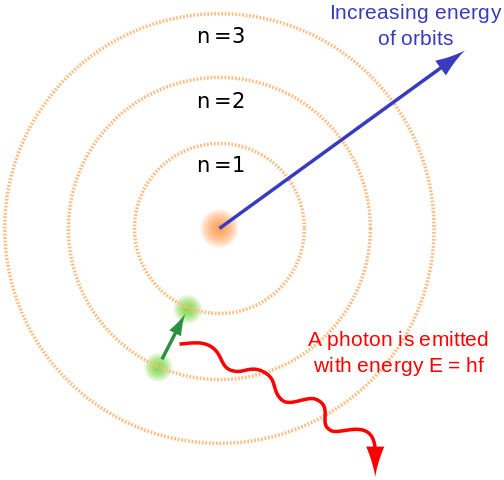 Quantum number are those numbers that designate and distinguish various atomic orbitals and electrons present in an atom. A set of four numbers through which we can get the complete information about all the electrons in an atom, be it energy, location, space, type of orbital occupied, and even the orientation of that orbital is called Quantum Numbers.

The Principal Quantum Number represents the principal energy level or shell in which an electron revolves around the nucleus. It is denoted by the letter n and can have any integral value except the 0 i.e. n = 1, 2, 3, 4 … ….etc. The energies of the various principal shells will follow the sequence as :

Question: An electron is in one of the 3d orbitals. Give the possible values of n, l and ml for this electron.

Solution: For the 3d orbital,

Question: Give the physical significance of Principal Quantum Number.

Solution: The principal quantum number (n)  signifies the size of the electron cloud.