Table of content
1 Suggested Videos
2 Thrust & Pressure
2.1 Let us first try to understand what is thrust:
2.2 Browse more Topics under Gravitation
2.3 What is Buoyancy?
3 Solved Question For You

Most of you must have noticed that the small vehicle like car have small and thin tyres, while the vehicle like the bus and trucks have thick tyres. It’s heavier the vehicle, the thicker are the tyres. Why is it so? This can be all explained by thrust and pressure. Thrust and pressure are both related to the gravity and gravitational pull of the earth.

Let us first try to understand what is thrust: 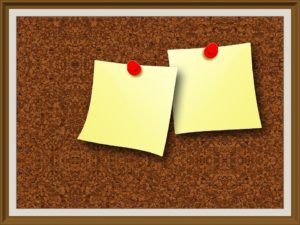 The force acting on the object perpendicular to the surface is called as thrust. Thrust is a vector quantity and its unit is same as that of the force i.e is Newton.

Why is that so? When you stand on the loose sand, the force that is the weight of your body is acting on the area, area equal to your feet. When you lie down, in that case, the same force acts on an area equal to the area of your whole body. Here we see that effect of the thrust of the same magnitude is different on the different areas. This means the effects of thrust depends on an area it acts.

Hence the physical quantity that explains the dependence of thrust on the area is the pressure. It is thrust per unit area. The SI unit of pressure is Pascal or N/m²

There are objects that float on the surface of the water while some of them sink into the water. Why does this happen? Why do certain objects float and some objects sink? The floating or sinking of the objects is based on the concept of buoyancy.

An upward force is applied by the water on any object floating on it which is called as Buoyancy. Thus, if any object is sinked inthe water it is experiencing buoyancy.

Q1. Why can camels easily run in deserts but not other animals or we humans?

Ans: Every time we walk on the sand, our feet go inside the sand. In case of camels, they have broad and flat feet. Since their feet are broad the area is more. As we know when the area is more, the pressure is less and so they do not sink into the sand. So as the area is more they are able to run or walk more easily as compared to us or other animals.