Suppose you are driving a car and there is a hill, you slow down or stop because of the steep road. Where does the energy go? The answer to this that the energy turns into gravitational potential energy. Let us explore more about Gravitational Potential Energy.

The most common use of gravitational potential energy is for an object near the surface of the Earth where the gravitational acceleration is a constant at about 9.8 m/s². 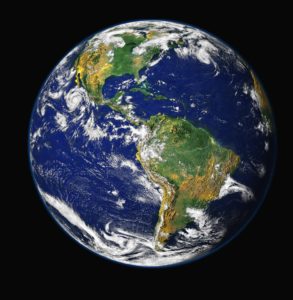 Consider this image of the earth. Assume an object at point A and later it moves to point B. So, in this case, the work done is force × displacement.

Force is nothing but the gravitational force exerted by the earth. The height of point A  from the surface of the earth is h2 and that of point B is h1

the work done in moving the object is the difference in its potential energy between its final and initial position.

Ans: A. Since the gravitational field is uniform,

Q2. An object is taken from a point P to another point  Q in a gravitational field

Ans: If P and Q both lie on the earth surface, this means both have same potential energy that implies same mechanical energy. Thus there is no work in moving an object from P to Q. As the gravitational field is the conservative field and thus work done by the gravitational force depends only on the position of P and Q and is independent of the path taken. Also, work done by a conservative force along a closed loop is zero.