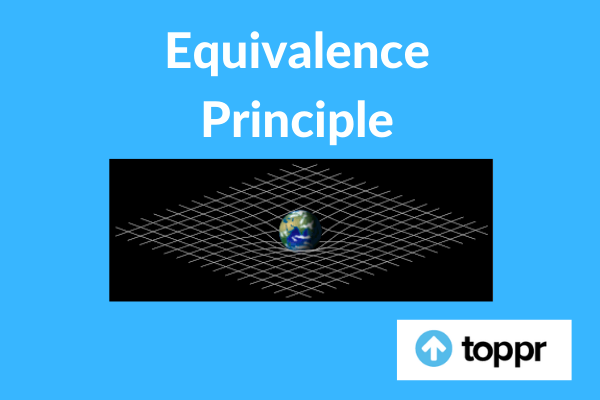 What is Equivalence Principle?

The equivalence principle states that the inertial forces and gravitational forces are similar in nature and indistinguishable, which is one of the fundamental laws of physics. The gravitational mass is the charge to which gravity couples on the other hand inertial mass is a measure of how fast an object accelerates, when it provides the same force, i.e., F= ma. It shows that when we increase the initial mass the acceleration also decreases. From the equivalence principle, we come to know that the gravitational mass and the inertial mass are the same. Terrace inertial mass and gravitational force are directly proportional to each other and hence the proportionality is independent of the type of matter.

History of the Equivalence Principle

Albert Einstein came to the conclusion that there is some complexity between his theory of special relativity and Newton’s theory of gravity. In the year 1905, a milestone in physics was set by his new framework on laws of physics that is his theory of special relativity. But still, one facet of physics is incomplete, the gravitational force theory which was developed by Newton. Excluding gravity the special theory of relativity and folded space and time. After years, Albert Einstein manages to combine gravity with his own relativistic ideas on time and space. With this revolutionary theory emerged which is known as the general theory of relativity.

There is a reference frame that exists in which the gravity is almost absent, even within a gravitational field. This is the first app towards a general theory of relativity. We can say that the gravity-free laws of special relativity govern the laws of physics. But only if the observations I restrict in a small region of space and time.

What is Effective Mass?

Newton’s second law of motion states that “A body starts accelerating when a force is applied to the body”. Any physical object has mass as its property. We can define it as a measure of resistance to acceleration in the presence of external force. Effective mass is a term that is in use in the general theory of relativity. It gives us information about gravitational mass and internal mass.

Q.1. What do you mean by the strong principle of equivalence?

Answer. All the laws of nature are similar in a uniform static gravitational field and equivalent of an accelerated reference frame.

Share with friends
Previous
Importance of Hydrosphere
Next
Amperes’ Law