Mass energy equivalence means a small amount of mass corresponds to a large amount of energy. This special equation only represents the state of an object at rest and the energy is known as rest energy. 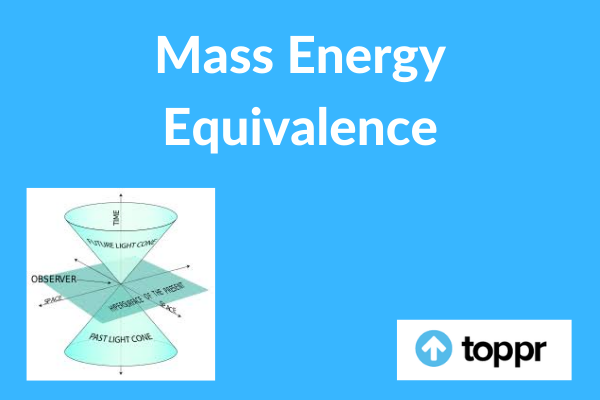 Einstein mass-energy equivalence equation is the basic formula that gives the basic relation between mass and energy. It states that under appropriate situations mass and energy are interchangeable and they are also the same. The mathematical formula of the Einstein equation is \(E=mC^{2}\).

This equation also helps to find out the change in mass during a chemical reaction. In many radiotherapy treatments, the equipment is made based on this principle. To understand the gravity of the moon, star, planet we use this theory.

Q.1. Explain why inertial mass and gravitational mass are not practically the same?

Answer: Mass energy equivalence is related to the inertial mass. Gravitational mass and inertial mass are not practically the same because due to gravity forces, energies all act on the object in motion and causes mass change. Hence they are practically not the same.