We all know that nuclei, the centrepiece of an atom is an integral necessity of Atomic Physics. Understanding the role, Nuclei plays in determining the information regarding high energy electron scattering is a vital aspect of Physics. As a major branch of Atomic Science (Physics), Nuclear Physics has revolutionized the understanding of the radioactivity of particulates. 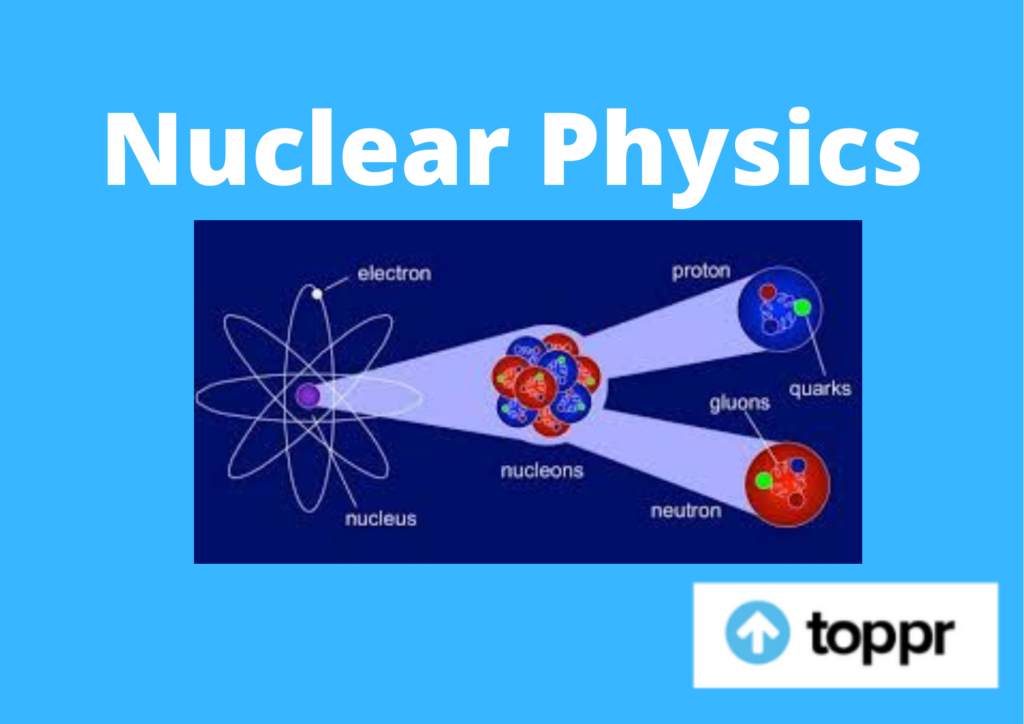 The detailed study of the nuclei of an atom along with its structure, interaction, and reaction with other nuclei is termed Nuclear Physics.

Moreover, high energy electron scattering is the key experiment to understand how nuclear matter density is proportional to the centre of the nuclei. Further, in Nuclear Physics, we study the varying properties of the nuclei using the principle of quantum mechanics.

Further, the neutrons and the protons within the nucleus have a definite angular momentum known as Shell mode helps in observing and understanding the movement or spin of the nuclei and their individual parity. Thus, the concrete determination of the nuclei spectra in their excited state is also an intrinsic part of Nuclear Physics.

Atomic Physics is the study of the atomic structure, functionality, and objectives of each component. Whereas Nuclear Physics is a sub-branch of Atomic Science where a part of the Atom we know as the nucleus, we study it in depth. Further, though the origin of both the subjects is the same, however, the working mechanism of each component is widely varied.

Nuclear Physics is an important branch of science that facilitates the understanding of nuclear reactions. Thus, over here reactions, radioactive decay, nuclei fusion, and fissions can be studied in a very detailed manner.

In fact, the term Atom Bomb is actually redundant because the detonation of an atom bomb is not because of an internal atomic reaction. Most importantly, rather it is a very intricate radioactive decay of the nuclei of an atom. Hence, the term Nuclear bomb is a much more apt description.

A material that emits constant rays of energy is called a radioactive material. However, it is not a continuous process. According to the study conducted by Rutherford and Soddy, a material is bound to lose its radioactive properties after a given period of time. Thus, the rate of decay of radioactive atoms is proportional to the number of atoms present in the substance.

Other important conclusions derived from the Laws of Radioactive Decay include:

Beta Decay – when a Beta particle is emitted during the radioactive reaction, 1 neutron converts to a proton in the nucleus. Hence, in Beta decay, while the atomic number increases by 1, the mass number does not change.

Gamma Decay – the gamma-ray emitted alongside the alpha and beta particles is known as Gamma decay.

We refer to the difference between the sum of the proton and neutrons and the mass of the remaining constituent of a nucleus as Mass Defect. Thus, we represent it as:

The radius of a Nuclei

The radius of a Nuclei is extremely small as compared to the Atomic radius. Moreover, calculating it requires noting a few additional features. We represent the Radii of nuclei by R.

Number of Protons and Neutrons in a Nucleus

The mass number denotes the total number of neutrons and protons in a nucleus. Further, we also refer to it as Nucleon Number

A represents the Mass number

N represents the number of Neutrons

Z represents the number of Protons

Nuclear Physics has a wide range of applications in today’s world. Some of its major areas of contributions include

Question 1: What are the properties of the Nuclear Force?

Question 2: What are the units of Radioactivity?

Answer 2: The nits of radioactivity are Curie, Rutherford, and Becquerel

Question 3: What are the disadvantages of Nuclear energy Application?

Answer 3: Nuclear Energy is advantageous on numerous levels. Moreover, there are certain aspects of the energy emission which Nuclear Energy creates that have a negative impact on the environment. These include: