Do you ever wonder about the working mechanism behind commonly used home devices like TV, cellular phones, or radios? We often regard it as the building block of any communication device. Further, radio waves are the key role player that helps in producing the images as seen in televisions or the sound as heard in Cellular phones. However, Radio waves are actually a type of Electromagnetic waves. Thus, they produce when fast-paced moving electrons are suddenly forced to stop at their spot due to the presence of a metal-containing high atomic number.

Moreover, a major question one may ask is what is the Electromagnetic Wave? These are waves varying in space and time where the electrical and magnetic vectors change sinusoidally to place themselves at a right angle to the direction of the propagating waves. Further, interestingly Electromagnetic waves travel at the speed of light and since they are neutral. Thus, the electrical or magnetic fields do not hinder their movement. 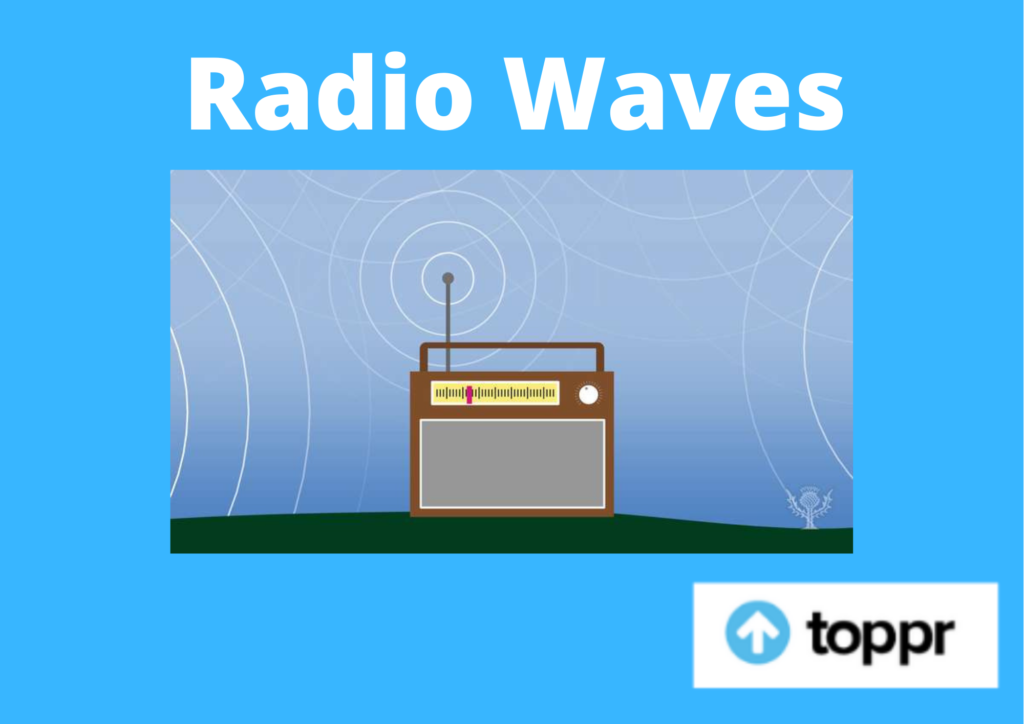 Radio waves are electromagnetic waves which produce due to the accelerated motion of charges in radio transmitters. Further, these electromagnetic waves have a wide range of frequencies that can go as high as 300 GigaHertz. On the other hand, they can also go as low as 3 kiloHertz. Thus, this makes them most suitably usable in Communication devices across all platforms.

Mechanism of Generation of Radio Waves

Radio Waves ideally generate using a transmitter and a receiver detects them. Further, the entire process of generating usable electromagnetic waves is done by using an Antenna to transmit energy into space. In addition, from where a receiver picks up the energy and converts it into mechanical vibrations that are heard as Sound waves.

However, the transmitter and the receiver both work at a specific frequency. Thus, the frequency can range between 3 kiloHertz to 300 GigaHertz. Since radio waves have one of the longest possible wavelengths in the entire electromagnetic spectrum. In addition, the range of reachability and transmission can be anywhere from a few miles to a few hundred thousand miles into space as well.

The Radio Wave communication System primarily consists of 3 functional components. These are:

There are two types of radio wave signals which transmit, we call them Analog Signal And Digital Signal.

The Importance of Radio Wave Band

Radio Wave Spectrum have been divided broadly into 9 specific frequency levels to help in utilizing the waves for specific purpose and intention. Thus, these include:

These low-frequency waves have a very long range and are transmissible through water and rocky surfaces easily. Therefore, we generally use them in radio communication for Submarine, Deep site mines, and Caves. Interestingly enough one of the most powerful Low-Frequency radio waves is Lightning strikes. Further, these electromagnetic frequencies transmit back and forth between the Ionosphere and Earth often resulting in distortion of satellite or airline radio signals.

These are High-Frequency bandwidth radio waves that range between 1.7 MHz to 29.8 MHz with dedicated segmented slots for various Broadcast Mediums like British Broadcast Communications, Voice of America, Voice of Russia, etc. Moreover, reachable to a distance of over thousands of miles, several channels broadcast worldwide using these frequencies

Used in the Marine and Aviation satellite communication system, and as well as Amplitude Modulation (AM), these long-range radio frequency works best during night time as the ionosphere is free to easily refract the waves. Communication at this bandwidth slightly deteriorates as the penetrability of these waves hinders when metallic structures like buildings and skyscrapers create blockades.

High-Frequency Very High Frequency and Ultra High-Frequency radio waves generally have a short-range. Further, we commonly use them in GPS navigation systems, FM Radios, Television broadcasts, Cellular Phones, etc. In addition, the reason why we regard FM sound quality as much better than AM frequency is environmental discrepancies and metal blockades in form of buildings and structures. They do not hinder the sound quality which produces. In fact, FM bandwidth ranges from 88MHz to 108 MHz.

Also referred to as Microwaves, these short-range high bandwidth radio waves are best usable in Bluetooth devices, Wi-Fi routers, USB drives, etc. Thus, they work within a very short range and do not respond well to obstructions.

Question: What are the uses of Radio Waves

Answer 1: Radio waves have a wide range of usability. It ranges from Satellite communication to Bluetooth Application. Moreover, it is one of the primary modes of Signal transmission.

Question 2: What is the difference between digital and analog signals?