Coulomb force determines the motion of electrons in an atom. By now, we already know that the binding energy per nucleon is around 8 MeV, for average mass nuclei. This is much larger than the binding energy in atoms. Hence, the nuclear force required to bind a nucleus together must be very strong and of a different type. It should overcome the repulsion between like-charged protons and should bind the protons and neutrons into a really small nuclear volume. In this article, we will look at the features of this force, also called the nuclear binding force.

The nucleus of all atoms (except hydrogen) contain more than one proton. Also, protons carry a positive charge. And, like charges repel each other. Then why or how do these nucleons stay together in a nucleus? They should repel each other, right? This is where the strong nuclear force comes into play. 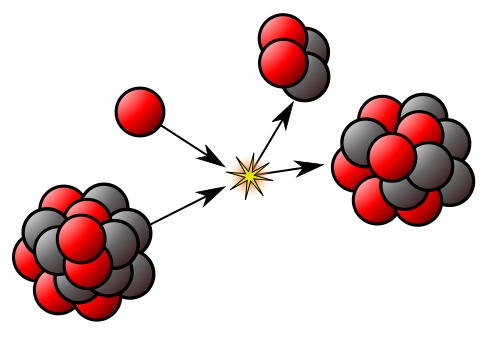 Between 1930 and 1950, many experiments were conducted to understand nuclear force. Some key observations and/ or features are listed below: 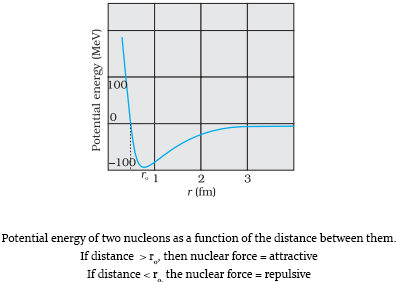 There are four basic forces in nature:

The strong nuclear force is what keeps the nucleons together despite having a similar charge.

Assertion: More energy is released in fusion than fission.