In the damped simple harmonic motion, the energy of the oscillator dissipates continuously. But for a small damping, the oscillations remain approximately periodic. The forces which dissipate the energy are generally frictional forces. 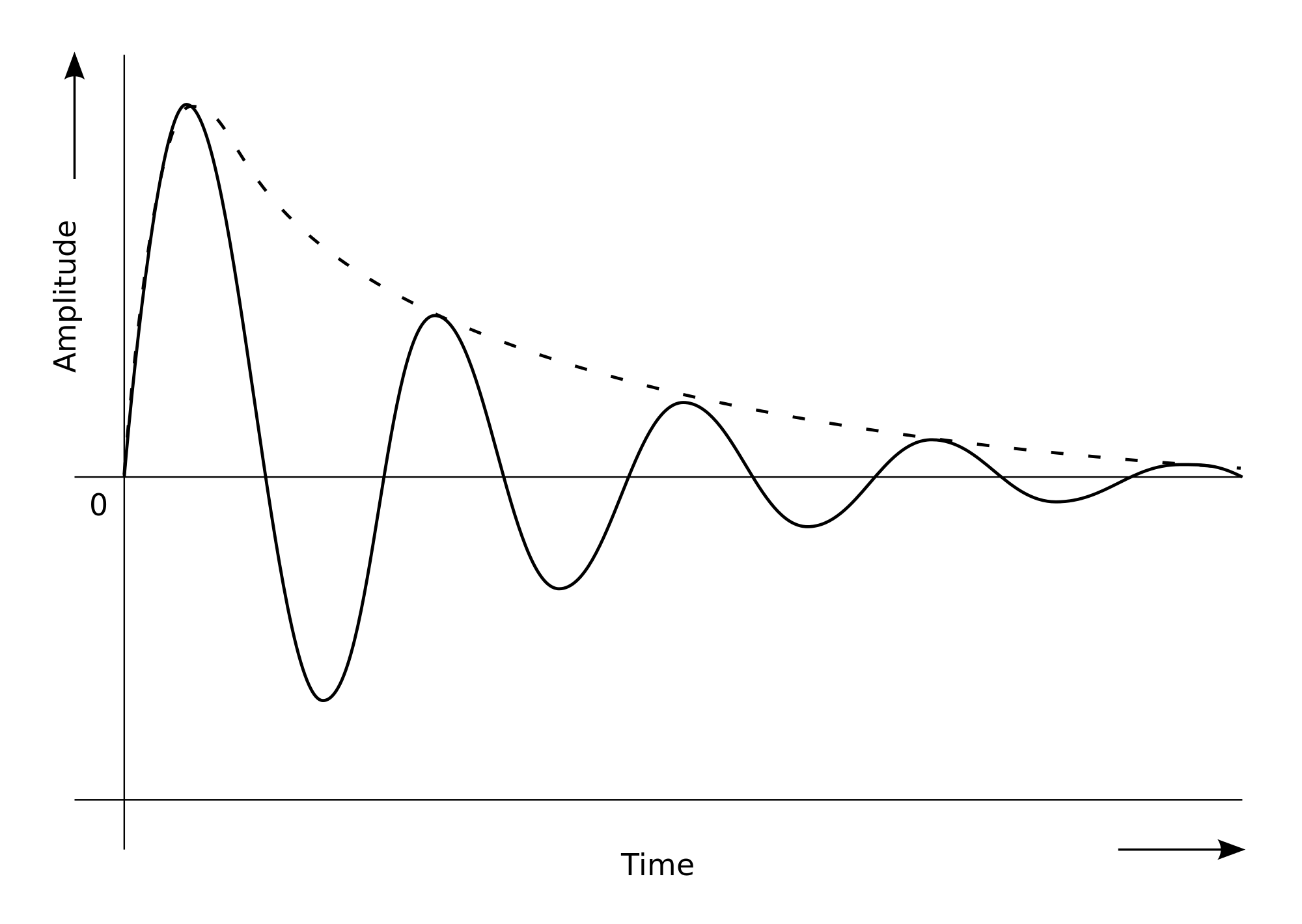 Let’s take an example to understand what a damped simple harmonic motion is. Consider a block of mass m connected to an elastic string of spring constant k. In an ideal situation, if we push the block down a little and then release it, its angular frequency of oscillation is ω = √k/ m.

However, in practice, an external force (air in this case) will exert a damping force on the motion of the block and the mechanical energy of the block-string system will decrease. This energy that is lost will appear as the heat of the surrounding medium.

where the constant b depends on the properties of the medium(viscosity, for example) and size and shape of the block. Let’s say O is the equilibrium position where the block settles after releasing it. Now, if we pull down or push the block a little, the restoring force on the block due to spring is Fs = -kx, where x is the displacement of the mass from its equilibrium position. Therefore, the total force acting on the mass at any time t is, F = -kx -bυ.

Now, if a(t) is the acceleration of mass m at time t, then by Newton’s Law of Motion along the direction of motion, we have

Here, we are not considering vector notation because we are only considering the one-dimensional motion. Therefore, using first and second derivatives of s(t), v(t) and a(t), we have,

This equation describes the motion of the block under the influence of a damping force which is proportional to velocity. Therefore, this is the expression of damped simple harmonic motion. The solution of this expression is of the form

where A is the amplitude and ω′ is the angular frequency of damped simple harmonic motion given by,

The function x(t) is not strictly periodic because of the factor e-bt/2m which decreases continuously with time. However, if the decrease is small in one-time period T, the motion is then approximately periodic. In a damped oscillator, the amplitude is not constant but depends on time. But for small damping, we may use the same expression but take amplitude as Ae-bt/2m

This expression shows that the damping decreases exponentially with time. For a small damping, the dimensionless ratio (b/√km) is much less than 1. Obviously, if we put b = 0, all equations of damped simple harmonic motion will turn into the corresponding equations of undamped motion.

Solved Examples For You:

Q: When we immerse an oscillating block of mass in a liquid, the magnitude of damping will

Solution: b) The magnitude of damping will increase when we immerse the block in a liquid and its dissipation energy as well. Damping is proportional to the velocity of the block.