Semiconductor devices are made up of materials that are neither good conductors nor good insulators. We refer to them as semiconductor devices. These kinds of devices have a lot of uses as they are reliable, compact, and cost-effective. We use these discrete components in power devices, compactness optical sensors, and light emitters. In addition, they have an extensive range of current and voltage handling capabilities. Their current ratings are more than 5,000 amperes and voltage ratings more than 100,000 volts. Through this article, we will learn about these devices in detail. 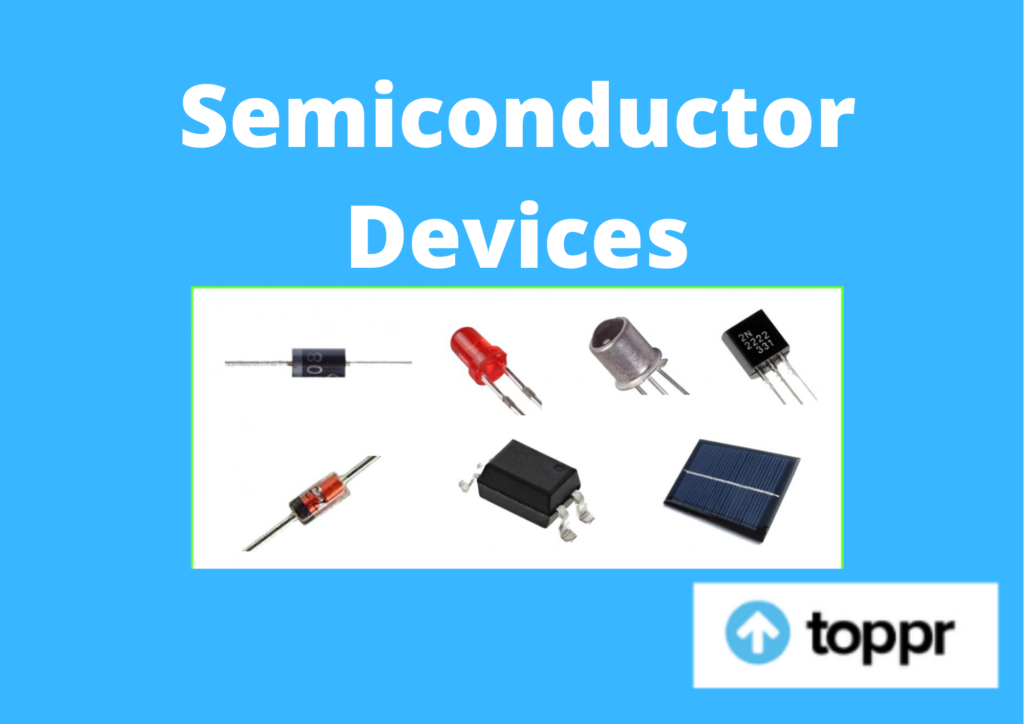 These devices have replaced vacuum tubes in a lot of applications. They make use of electronic conduction in the solid-state rather than the thermionic emission in a high vacuum.

These devices are manufactured for both discrete devices and integrated circuits, which comprise of a few to billions of devices manufactured and interconnected on a single semiconductor substrate or wafer.

Moreover, a semiconductor material is a device that allows the passage of electric current through it. Let’s take the device CPU as an example. It comprises of many numbers of transistors within it.

Similarly, these transistors comprise the semiconductor material which allows the passage of current and a switch controls all this. In the transistor, the passage of electric current is controlled by the actions on the basis of the state of the switch whether it is on or off.

Thus, such a device, which allows the current to pass through them partially, we refer to it as a Semiconductor Device.

As these devices are neither good insulators nor good conductors, we will take a look at the examples of semiconductor devices, They consist of op-amps, resistors, capacitors, diodes and transistors.

These devices supply themselves in integrating into complex and are readily manufacturable into microelectronic circuits. Moreover, these devices also have a good scope in the future.

With regards to form major components for the majority of electrical and electronic instruments and systems in a variety of fields, for example, communications, data processing, consumer, and in addition to industrial control equipment.

A diode is a semiconductor device which consists of a single p-n junction. P-n junctions usually form by joining up of p-type and n-type semiconductor materials. This formation is because the n-type region has a higher number of electron concentrations.

In this kind of transistor, the three regions which form are emitter, collector, and base or the middle region.

The field-effect transistor works on the principle of conductivity and the conductivity can be altered by the presence of an electric field.

Question 1: What is a Diode?

Answer 1: A diode is a semiconductor device which consists of a single p-n junction. P-n junctions usually form by joining up of p-type and n-type semiconductor materials. This formation is because the n-type region has a higher number of electron concentrations.