The diodes with P-N junction are popular diodes that are used in various applications. Such kind of circuit is a PIN diode that has applications in many areas. It has its application in RF switching that is quite useful in photo-diodes. 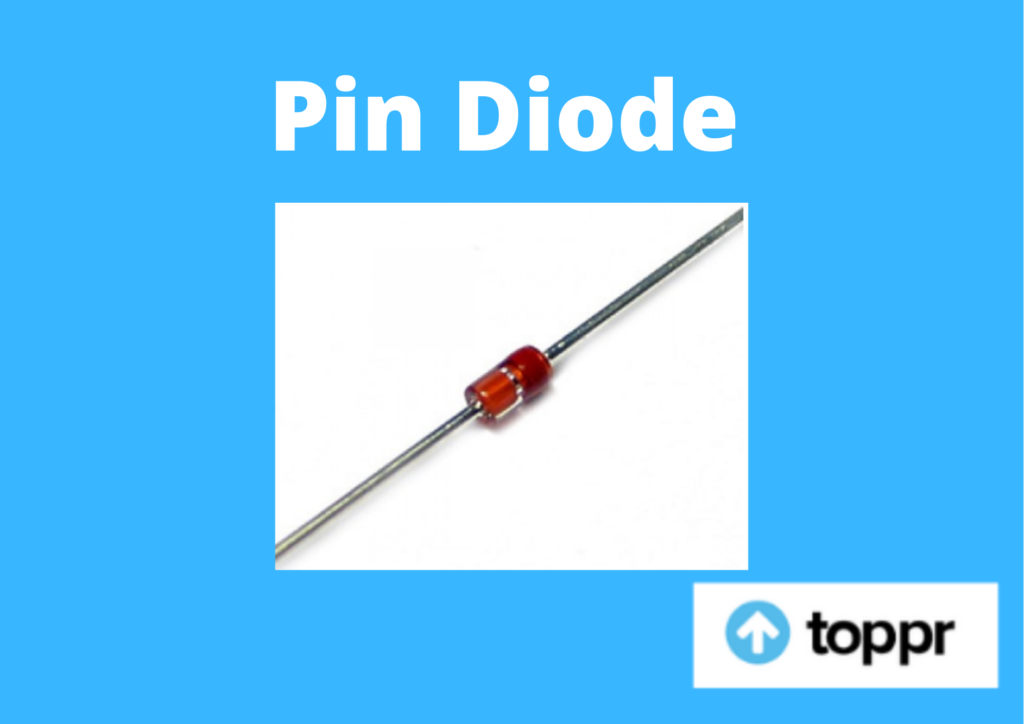 It is a diode with an undoped and wide intrinsic semiconductor between the n-type and P-type semiconductor region. It was discovered in 1952 as high power and low-frequency rectifier. We use it in microwave applications. Moreover, it is a good absorber of light and is used as a photodetector.

Further, it has an un-doped intrinsic semiconductor that is placed between n-type and P-type semiconductors. They have huge applications in ohmic contacts.

Some of the primary features of Pin Diode are:

Structure and Working of Pin Diode

It has a semiconductor diode with three layers- P-type, N-type, and intrinsic layer. The region between P and N regions contains intrinsic material. The doping level is quite low while thickness is narrow and ranges from 10 to 200 microns. The N and P regions are heavily doped.

The alterations in diode properties are intrinsic material. The diodes are of silicon. The intrinsic region is similar to an inferior rectifier that can be used in many devices like photodetector, attenuators, high voltage power circuits, and fast switches.

The working of the normal diode is the same as of Pin Diode. However, the difference is in the depletion region as they exist between P & N regions. The difference is that the rate of depletion or diffusion of charge continues until there is a stable equilibrium created in the area where the Pin Diode is located.

Pin Diodes works exclusively under high energy region when flooding of charge occurs. The simple comparison for a better understanding of the mechanism of work of a Pin diode can be explained with water and a bucket.

When a bucket with a hole at a certain level is filled with water, generally as soon as the water reaches the level of the hole, it begins to pour out and thus a stagnant level is maintained despite the continuous incoming water.

Symbolic Representation of a PIN diode

Question 1: What are the three layers of the PIN diode?

Answer 1: Pin Diode primarily composes of a semiconductor diode that has 3 separate functional layers. These layers are –

Question 2: Why do we prefer the Schottky diode over normal diode?

Answer 2: Schottky Diode primarily comes in use in low voltage circuits. We also refer to it as Barrier diode and has a voltage drop that is comparatively lower than rectifier diodes. People prefer them over normal diodes due to the lowered voltage drop which makes them safer alternatives to normal diodes.

Question 3: Why do we use PIN diodes in the microwave?

Answer 3: Pin Diode has a wide range of usability due to the adaptable nature of the RF. They function brilliantly in shifters, modulators, in addition to the regular switches. The diodes easily convert light into usable current and are usable as photodetectors. This makes the depletion layer larger than normal in a working Microwave. Thus, it is more energy-efficient.