Catch a shooting star and put it in your pocket, never let it fade away. Surely you’ve heard this famous song while wishing upon a shooting star. But what if I told you shooting stars weren’t actually stars! There are many other fascinating objects in our solar system other than the sun and the planet. Let us learn about them.

Our solar system came into existence approximately 4.6 billion years ago with a big bang. There are various astronomical objects in our solar system. The sun is at the centre keeping all the other objects in an elliptical orbit around it.  Other than the eight planets of the solar system there are many other objects in the galaxy that are not so known. Let us explore a few of these enchanting objects.

Browse more Topics under Stars And The Solar System 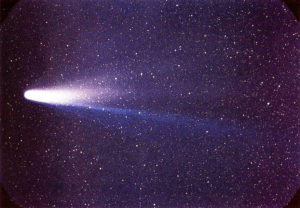 These are also known as the ‘dirty snowballs’. They are cosmic objects of frozen gasses, rocks and dust. These are not the tiny objects you imagine them to be. They are the size of a small town (at least a few kilometres in area). When these comets come close to the sun, these comets heat up and spew dust and gasses into the atmosphere. This results in the comets having a tail which is called a coma. Comets usually have a highly elliptical orbit, which means their revolutions around the sun are several years long. They tend to make periodical appearances in the earth’s atmosphere. Perhaps the most famous comet identified by us is the Halley’s Comet which makes an appearance every 74 to 79 years. Its last sighting was in 1986 and its next expected appearance is predicted to be in 2061.

Asteroids are essentially smaller planets, earning them the name of ‘minor plants’ or even ‘planetoids’. They are rocky objects that orbit the sun but do not have air (i.e. an atmosphere). These asteroids are located in the vast space occurring between Mars and Jupiter called the asteroid belt. There are tens of thousands of these ancient space rubble located in this belt, with sizes ranging from 945 kilometres to about 33 feet. Vesta is the largest asteroid and it has the total area of about 326 miles.

Meteors are more commonly known as ‘shooting stars’ or ‘falling stars’, but like we said they aren’t stars at all. The flash of light that is seen across the sky is called the meteor. When some debris enters the earth’s atmosphere and on doing so combusts almost immediately it results in the flash. The debris itself is the meteoroid. Meteoroids are formed when two asteroids clash and a small part breaks loose. 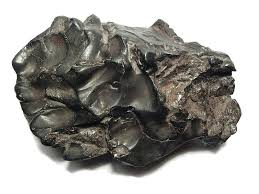 If a part of the debris called meteoroids survives the atmosphere and falls onto the earth’s surface it is called a Meteorite. The majority of the meteorites that have fallen on earth are very small in size, weighing only a few grams. Early in the 1900’s, a farmer found the largest meteorite ever found on earth in Namibia. It is the Hoba Meteorite and it weighs 66 tons! These meteorites are generally very rich in rare minerals and have a high market value.

Not all objects found in our solar system are cosmic in nature. There are hundreds of manmade objects that we have sent into the universe for research and exploration. The famed International Space Station is the largest artificial satellite in space and it is currently orbiting the earth.

Q: In a geostationary orbit, a satellite is at a distance of ________ from the Earth

Solution: The correct answer is option “c’. A geostationary satellite is an Earth-orbiting satellite placed at an altitude of approximately 36,000 km or 22,300 mile